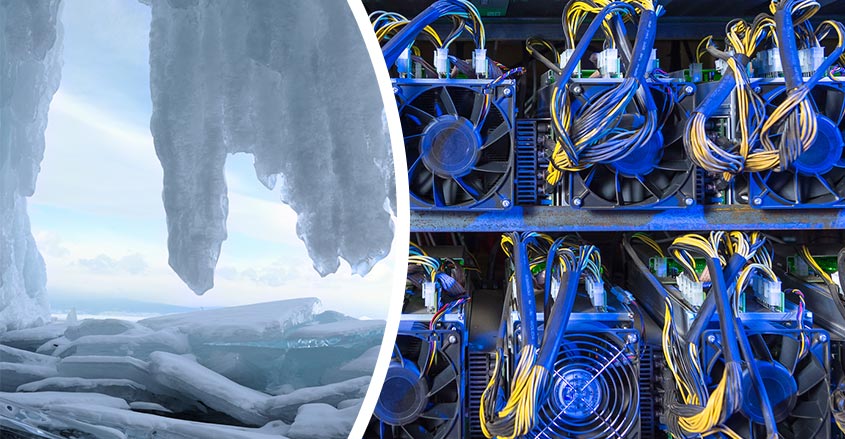 Levi Strauss, the namesake of Levi’s jeans, was a genius.

He understood there were several ways to get rich in California’s gold rush. The obvious way is to search for gold, hoping to strike it rich.

A few miners did succeed in this way, but the odds against success are long. Many miners of the time ended up with nothing for their efforts.

The strategy that Strauss chose was to sell the miners their supplies. He provided shovels and blue jeans and created a family business that survives to this day.

There’s also a third possibility to find wealth in a gold rush — own the land that miners work.

Compared to mining, there is less risk associated with this strategy and the probability of success is higher since land owners benefit from the work of many individual miners.

As it turns out, for cryptocurrencies, it’s also possible to own the mines.

New Bitcoins and other digital currencies are created through a process known as mining. Technically, anyone with a computer can be a miner but, in reality, the process requires some specialized expertise.

The mining process involves running software that tracks transactions and releases new coins. All of the computers dedicated to mining are working to solve puzzles that release new coins.

The details of the puzzles are found in white papers the currency developers create.

When Bitcoin was new, the puzzles were relatively easy to solve. Almost any computer could find solutions and earn rewards.

Growth of the currency has led to increasingly complex problems which require more sophisticated hardware. That has raised the costs of mining and now most mining is done by pools.

These pools allow individuals to “make money and earn cryptocurrencies without major investment or hassle from direct involvement with hardware or software because [pool operators] keep everything extremely convenient so you start making money immediately on a daily basis,” according to HashFlare, one of the largest pool operators.

Participating in a pool is similar to subscribing to any other kind of service. You commit to making a monthly payment. The pool operator combines the payments to buy and operate computers that solve the puzzles to unlock rewards.

Pools may require a one-year contract, but subscriptions are available for low prices, as little as $2 a month.

In addition to HashFlare, other large operators include MinerGate, which reports having 2.8 million customers. MinerGate allows customers to buy dedicated processing and own the coins its hardware creates.

The company reports six-month profits of more than 200% for customers.

Genesis Mining allows users to make one-time purchases of hardware and then enjoy the rewards for a two-year term. Their packages can be several hundred dollars to start and several thousand dollars in many cases.

There are dozens of other pools with similar business models. One of them could be the right choice for many investors who would like to mine Bitcoins but lack the technical expertise.