OPEC will meet soon to try to stabilize the oil price, but the bigger problem is that demand is not rising as cities across Europe and the United States brace for a potential winter COVID outbreak to worsen.

“You’ve got to differentiate between demand destruction and demand depression, which can come back,” Iaccino said.

Some of the price action in oil comes from demand destruction and some of it is demand depression. “So from a perspective of demand, with these new lockdowns it’s nowhere to be found,” Iaccino said. 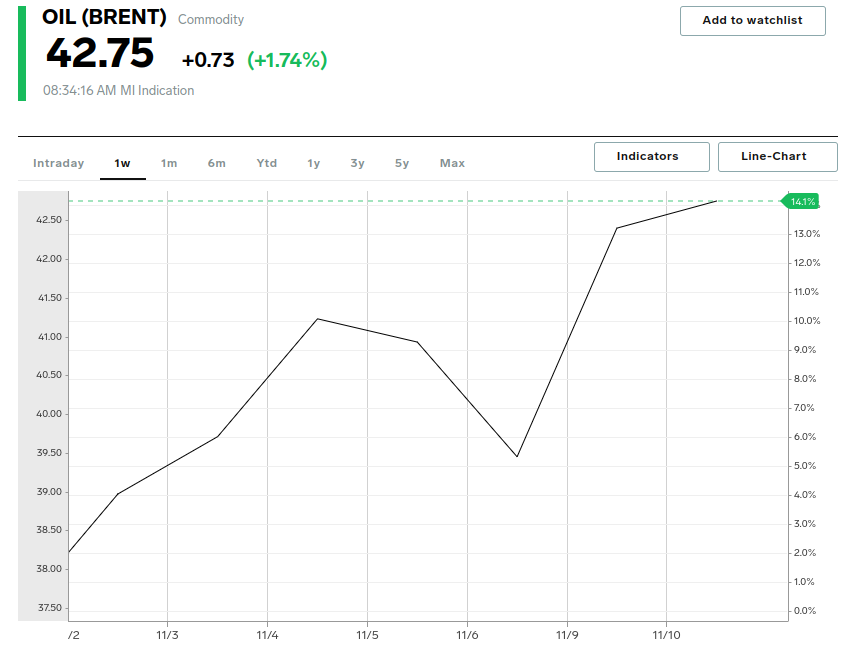 The previous record, going all the way back to 1992 was 19, and that started in April of this year, Iaccino said.

“Where you had the pandemic curbing demand, that was 19 weeks in a row below 80 including a handful of weeks I think was maybe six out of seven below 70.”

Iaccino says he doesn’t see a path for crude oil higher unless OPEC surprises and not only pulls back their agreement to taper the production cuts, which was supposed to add 2 million barrels a day to oil supply in January, but maybe cuts even more.

To complicate matters, Iran is close to opening a “sanctions busting” pipeline, Iaccino pointed out.

“What that pipeline does is ships Iranian oil to ports where it can be put into ships of other flags and no longer flagged as Iranian oil and therefore sanctioned,” he said.

“So when that gets completed, that’s going to be about 1.5 million to 2 million barrels coming online fairly quickly as well.

“So it’s just a difficult situation for crude oil long. We don’t have a position but if we did it certainly would not be a long one.”