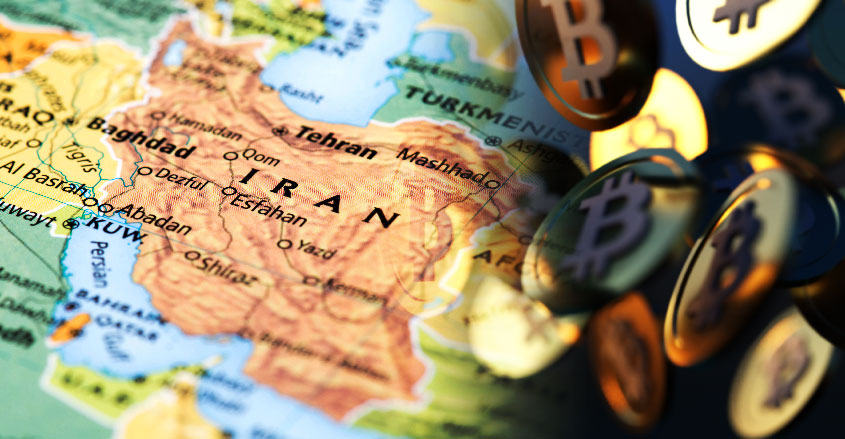 Trump’s decision fuels an already tough economic crisis in Iran, whose government is grappling with the announcement.

Interest rates in Iran have jumped. Foreign exchange dealers are being arrested and the central bank of Iran has prohibited all financial institutions from transacting in cryptocurrencies.

Essentially, Iranian citizens are being cut off from the international banking community. In part because of the American sanctions regime, and in part by their own government’s policies.

In response, Iranians have begun to funnel more than $2.5 billion out of the country in order to buy Bitcoin.

The Iranian government wants to keep as much money in the country as possible after the reinstatement of American sanctions — thus the foreign exchange crackdown.

However, Trump’s decision and the Iranian government’s economy-saving moves have not completely hemmed in ordinary Iranians.

The Chairman of the Economic Commission of the Parliament of Iran, Mohammad Reza Pourebrahimi, publicly confirmed that Iranians flocked to cryptocurrencies after Trump’s announcement.

“Iranians have sent more than $2.5 billion out of the country to purchase cryptocurrencies with,” he said.

According to Pourebrahimi, much more money clandestinely has left the country.

Iranians “transferred $30 billion out of the country over the few months ending March,” said Pourebrahimi.

“Iranians do not have access to the international banking system, transfers can only occur through…exchange dealers or international travelers,” he said.

Under the 2015 nuclear deal, Iran agreed to limit its nuclear program and allow in international monitors to verify compliance.

In return, the United States would lift and ease various economic sanctions against the country.

Trump has long expressed his disapproval of the Obama-era accord with Iran. While Trump’s decision was not surprising, it still shocked many.

Festering fear of Trump’s Iran plan, now made a reality, is roiling the viability of the Iranian currency.

The rial lost about 25% of its value in the last six months as Trump openly railed and complained of the nuclear deal.

Until Iran firmly determines its own domestic and international economic strategy in the wake of Trump’s decision, Iranians will keep funneling money out of the country via cryptocurrencies.

Still, their options are dwindling.

According to some reports, there are 17 individuals currently transacting cryptocurrencies in Iran via the exchange site LocalBitcoins.

Priscilla Moriuchi, director of strategic threat development at Recorded Future, said that it will become ever more difficult for Iranians to get money out of the country via cryptocurrencies.

“People would need to make use of services such as mixers to obfuscate the origin and destination of their transactions because the Bitcoin blockchain is observable,” said Moriuchi.