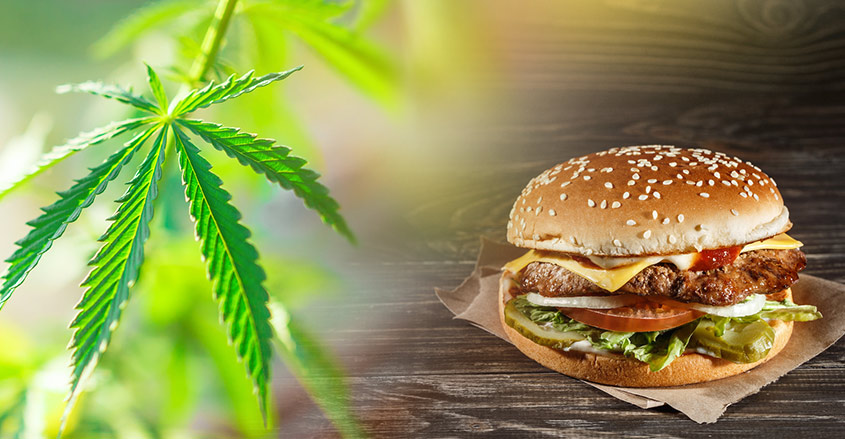 It was the first fast food ever to contain CBD, or cannabidiol. CBD is a non-psychoactive ingredient found in marijuana and hemp.

CBD will not get you high, but users claim that CBD alleviates stress and promote pain relief.  The burger was available for one day only, on April 20, 2019 and sold for $4.20 at one Carl’s Jr. restaurant in Denver, Colorado.

The Rocky Mountain High: Cheeseburger Delight has two beef patties dressed in pepper jack cheese, pickled jalapenos, and waffle fries. It is topped with a Santa Fe sauce that is contains five milligrams of CBD extract.

The date of April 20, and the $4.20 price are a nod to the unofficial stoner-observed holiday of April 20th.

If the one-day stunt is successful, the Rocky Mountain High: Cheeseburger Delight may be expanded as menu item nationally, at least where it’s legal.

That’s arguably everywhere thanks to the 2018 federal Farm Bill, which reclassified hemp nationally as an agricultural product.

With the growing decimalization of marijuana in the United States, many food experts think that CBD-infused food items may become popular.

“CBD is one of the hottest culinary trends right now, and what better place to test this new burger than in Denver, a city that has been a trailblazer in the CBD movement,” says Carl’s Jr spokeswoman Candice Jacobson.

Carl’s Jr. and its sister brand, Hardees, has 3,800 franchises in 44 states, as well as globally. It is banking on being the first fast-food joint to nationalize a CBD-infused burger.

Senior vice president of brand marketing for Carl’s Jr., Patty Trevino, likes the company’s odds. “If anyone is going to do it, I would want Carl’s Jr. to do it,” says Trevino.

Analysts at the investment firm Cowen said that the American market for CBD might be worth $16 billion by 2025. It is worth less than $2 billion now.