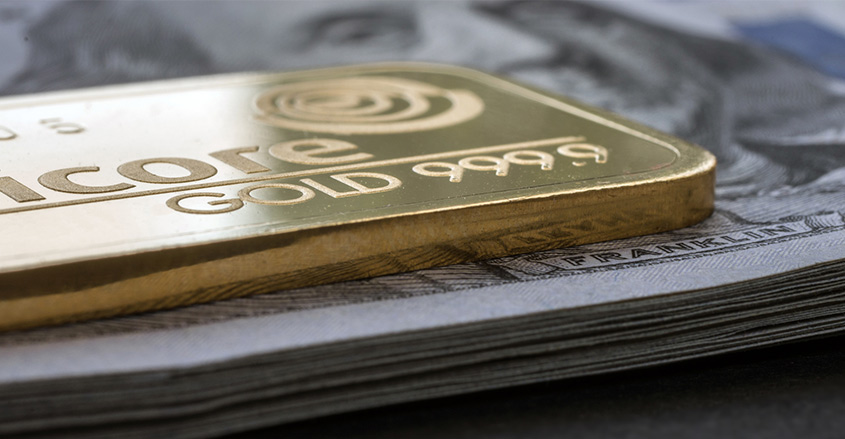 James Rickards is a lawyer turned hedge fund consultant turned political advisor. He’s also a gold fanatic and since 2011 a best selling author with the publication of Currency Wars: The Making of the Next Global Crisis.

In 2016 he published The Road to Ruin: The Global Elites’ Secret Plan for the Next Financial Crisis, a book that has garnered a following among members of the U.S. Senate and then candidate for president Donald Trump.

In his latest tome, The New Case for Gold, he lays out why he believes the current economic system based on fiat money will fail, who will write the new rules, and who will benefit.

In a nutshell, Rickards writes that much of the blame lies on the Chinese system of allowing “princelings” a pass on bad debts of $100 million over a dozen times, resulting in $1 billion dollars of GNP where in the reality there are no transactions at all.

China’s connected wealthy elite then buy gold from the United States to hedge against their own inevitable collapse, which Rickards believes will bring the U.S. economic system down while enriching the Chinese.

Rickards central argument is that currency exchanges between nations and large wealth funds and foundations are not just an economic or monetary concern but a national security concern verging on a type of warfare.

According to this scenario, the United States is being destabilized by massive clandestine gold purchases by the Chinese government and its agents, including the “princelings” of China’s People’s Liberation Army, as well as Middle Eastern sovereign wealth funds and other alleged bad actors.

The biggest sucker in this worldview is the U.S. Federal Reserve, Rickards maintains.

“The U. S. Federal Reserve has engaged in the greatest gamble in the history of finance, a sustained effort to stimulate the economy by printing money on a trillion-dollar scale,” the author writes.

If all this happens as he predicts, Rickards believes that believes gold inevitably will rise to between $10,000 and $50,000 an ounce from $1,316 today, resulting in massive profits for gold investors.

Though his predictions have fallen short before, Rickards’ access to politicians — including now President Trump — gives his ideas and policy suggestions significant weight.

In 2016, Trump told a GQ interviewer that he would support the return to a gold standard for currency. “Bringing back the gold standard would be very hard to do, but boy, would it be wonderful. We’d have a standard on which to base our money,”  Trump said.

If Rickards is right, and some high-level politicians believe that he is, then gold is the best hedge against an economic apocalypse and will not only allow you to survive but prosper during the coming bad times.

If he’s wrong, of course, gold is just gold, a hedge against stocks and nothing more.