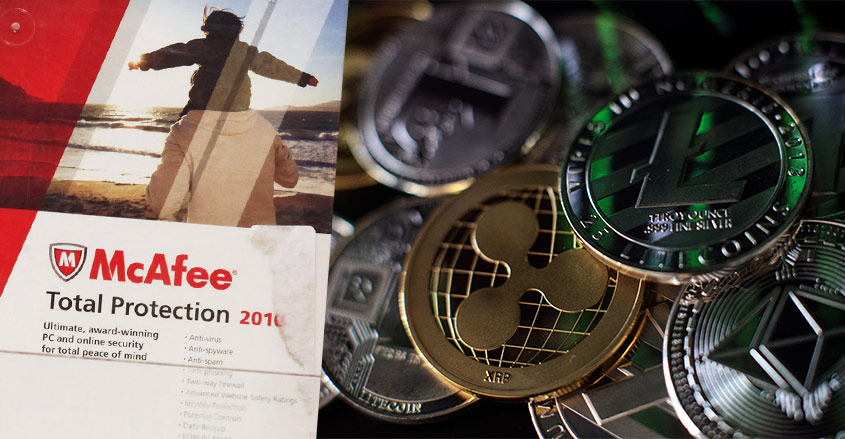 So outspoken in fact, that he took to Twitter on June 3rd to announce a 2020 presidential bid, with the intention to focus his campaign on cryptocurrency.

“In spite of past refusals, I have decided to again run for POTUS in 2020,” McAfee said.

“If asked again by the Libertarian party, I will run with them. If not, I will create my own party. I believe this will best serve the crypto community by providing the ultimate campaign platform for us.”

McAfee first ran for president in 2016. However, that year, he lost the nomination to eventual Libertarian candidate Gary Johnson, the former Governor of New Mexico.

McAfee made note of his failed presidential bid in 2016.

He believes that it would have gone better if he “been more connected with the community in 2016,” because he would have been better able to advertise the idea of “currency independence.”

One token platform has already donated the equivalent of $390.85 to the campaign. McAfee later followed up on his tweet in which he announced his 2020 presidential bid with another tweet.

The second tweet admitted that McAfee doesn’t believe he actually has a chance at winning. However, he is still going to go through with it because the campaign platform will give him an opportunity to tell “the truth” as he sees it.

“Don’t think that I have a chance of winning. I do not. But what truly changes America is not the president, but the process of creating one. If my following is sufficient I get to stand the world’s largest stage and talk to the everyone, as I did last time, to tell the truth.”

Don’t think that I have a chance of winning. I do not. But what truly changes America is not the president, but the process of creating one. If my following is sufficient I get to stand the world’s largest stage and talk to the everyone, as I did last time, to tell the truth.

As noted, John McAfee is a outspoken crypto enthusiast.

He recently made headlines by announcing the creation of his own crypto-backed fiat currency.

The crypto is redeemable for up to 100 minutes of face time with him.

McAfee also revealed in February that he charges $105,000 per tweet to promote crypto projects.

But John McAfee’s fame, or notoriety, goes back well beyond before he became a prominent crypto enthusiast.

He first made a fortune in the 1990s when he introduced the antivirus program that still bears his name. McAfee would eventually sell the software to Intel.

It is estimated that at one point McAfee was worth $100 million but his wealth is now estimated at $4 million.

Then there was the half-decade he spent living in Central America, carrying on a lifestyle not unlike a James Bond character. This only endeared him with the crypto-friendly libertarian crowd.

Tales of his lifestyle became legendary and reportedly revolved around drugs, sex yoga, guns and prostitutes.

Eventually McAfee came under the scrutiny local police on suspicion of murder of his next door neighbor. To hear him tell it, he was framed by corrupt officials.

This lead to a government raid on his compound and a flight to Guatemala. He would then strike gold a second time by early investing in Bitcoin.

McAfee for president? Sound off in the comments below.

Options: Why Buy Puts? To Make Money When You Think a Stock Will Fall in Price

Beginning options investors often struggle with the concept of put options. They have no trouble with call options. With calls, beginners usually grasp that you will buy a predetermined number

Bitcoin Zooming Higher Again. Speculation or the Future of Money?

As Bitcoin threatens to break through its record highs set a few years ago, at least some people are likely to get involved in speculating in them again. Many seem

If you want to earn extra money with relative ease, whether it is to save up for retirement or prepare for a well-deserved vacation, one of the best things you

The cost to build a diversified stock portfolio is often the highest barrier for new investors. The outlay required to buy a basket stocks is more than the dollars available.

Looking for Better Returns? 5 Ways to Invest in Brazil

Brazil is known for tourist attractions, its natural beauty and soccer. The former Portuguese colony is also a thriving multicultural country — a melting pot not unlike the United States.

Add Some Spice to Your Portfolio with This Consumer Staple Stock

When the vaccine results from Pfizer (PFE) were announced on November 9, it sent the stock market on a wild ride. Sectors that had been underperforming the overall market screamed

Are Cannabis Stocks a Good Investment for 2021?

Cannabis and CBD oils are booming industries.  Economies see a massive boost of billions of dollars when these two hit the scene. From recreational to medicinal, these plants offer a

The Benefits and Pitfalls of Trading Options on ETFs

An exchange-traded fund (ETF) is a collection of assets that track specific investment categories. For instance, SPY tracks the S&P 500. ETFs can also track sectors and industries, such as

Stock prices of publicly traded technology companies have been resilient this year. Many remained unaffected or benefited from the onset of the current crisis. Other sectors seem more exposed to

Declining yields on investment income products has let investors to hunt for high dividend yielding stocks to boost their income. One product that I have actively used and would like