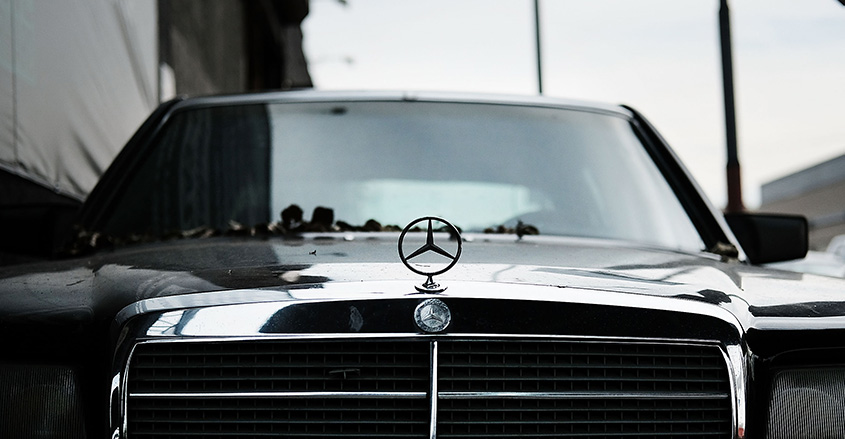 The parent company of Mercedes-Benz, Daimler AG, just launched its own cryptocurrency, called MobiCoin, at the Mobile World Congress in Barcelona.

The coin will initially be used to reward drivers for environmentally friendly driving at lower speeds and without accidents.

The German global car giant joins Porsche and BMW in a race to make crypto a major part of the car making and owning experience.

Daimler will roll the coin out in a three-month testing phase involving five hundred drivers who will be rewarded with MobiCoins downloaded to an app provided by Mercedes Benz.

Though the coins can’t be traded for other cryptocurrencies or fiat quite yet, they will allow the winners to receive VIP tickets for events such as the DTM Races, the MercedesCup Final and Fashion Week in Berlin.

Mercedes-Benz will be joining other German auto giants investing in blockchain, including BMW’s partnership with VeChain to enhance their supply chain efficiency and environmental sustainability.

Stuttgart-based Porsche has partnered with Berlin-based XAIN to improve its ability to recover stolen cars and to test autonomous cars.

In January, Volskwagon Chief Digital Officer Johann Jungwirth joined the IOTA Foundation’s board to implement widespread distribution of the Internet of Things (IoT), a movement to connect all devices via the Web.

BMW also has closed another partnership with a blockchain startup to source sustainable cobalt for its manufacturing process.

Douglas Johnson-Poensgen, the CEO of little-known UK-based startup Circulor, told Reuters it is collaborating with BMW to track so-called “clean” cobalt supplies in order to ensure their ethical origins after concerns about child slavery surfaced.

Cobalt is sourced overwhelmingly from the war-torn Democratic Republic of Congo, where some supplies are reported to involve the use of child labor and informal setups known as
“artisanal” mines, Reuters notes.

“We believe it makes economic sense to start with sources that aren’t a problem,” Johnson-Poensgen told Reuters. “Once the system is proven and operating at scale, one can tackle the harder use cases like artisanal mines.”

Almost no further information has surfaced regarding Circulor or the partnership, which has to be officially acknowledged by BMW.

Additionally, Circulor appears not to have an official website. A London registration and incorporation as a private limited company in November 2017 their only publicly available information.