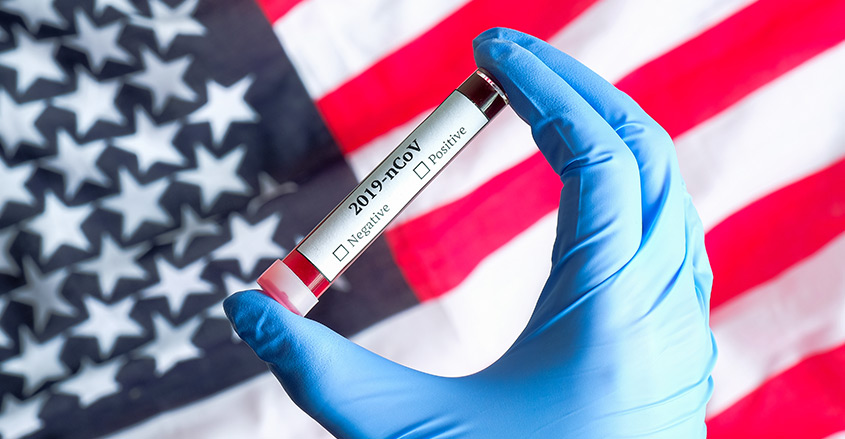 The chief economist of Moody’s Analytics, Mark Zandi, believes that Wall Street is severely minimizing the impact that the coronavirus will have on the economy and on President Trump’s reelection chances.

“Right now, we don’t have a whole lot of confidence. I mean, he can’t seem to get on the same page with the experts, the CDC,” said Zandi.

“This is a significant threat to his [Trump’s] re-election.”

Zandi even see a recession hitting the U.S. economy.

“If you take the most likely scenario and the CDC is roughly right, then it’s pretty hard to avoid one,” said Zandi.

“They’re at least even odds.”

Zandi also predicted that a rate cut from the Fed would not benefit the economy.

“The Fed eases monetary policy, and we’re back up and running pretty quickly….I suspect that won’t be the case,” Zandi said.

“The Federal Reserve does not have a lot of room to maneuver … I don’t think policy is up to the task to really juice up this economy to get it going again quickly.”

“COVID-19 [coronavirus] is more than just something, and that is something very substantive,” Zandi concluded.

While Zandi sees a recession hitting the economy due to the coronavirus, Bernstein analysts are telling investors they can’t sit on the sidelines amid all of the recent market volatility.

Analysts at Bernstein, led by Inigo Fraser-Jenkins, wrote: “The impact that the virus outbreak will have on growth is, at the moment, unknown. But after such an abrupt move, as we saw at the end of last week from a sell-side strategy perspective, one cannot sit on the fence.”

“Do we believe our tactical models or not? We do, and they are suggesting that investor sentiment has simply moved too far. … So we are advocating tactically increasing equity exposure.”