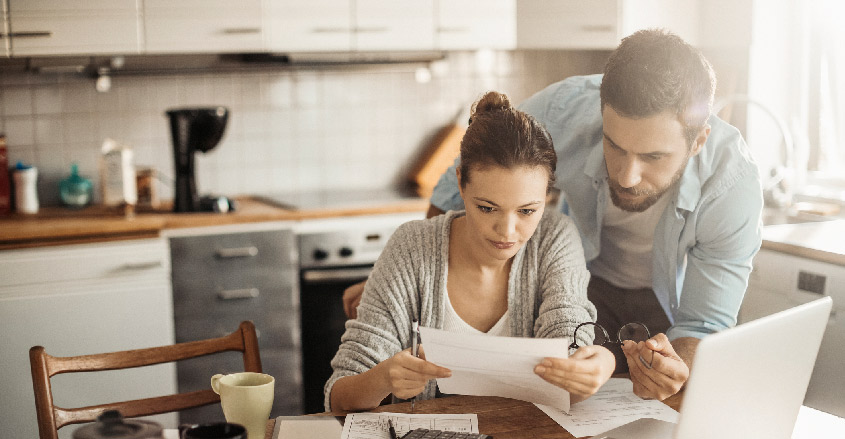 According to new statistics, one in five home borrowers use more than 45% of their monthly income to pay off a mortgage.

These levels of mortgage debt haven’t been seen by financial experts since the housing crisis of the mid-2000s.

Financial experts believe that increasing home prices, income sacrifice and a dearth of inventory has caused a surge in debt levels.

Government-backed lenders Fannie Mae and Freddie Mac sold over 73% of loan packages in the back half of 2017, and more than in the first six months.

In terms of mortgage lending, Fannie Mae and Freddie Mac saw a 15% rise in new mortgages throughout 2017.

Lending to applicants with extremely high debt-to-income ratios was a factor in the increase.

Fannie Mae and Freddie Mac are increasingly approving loans for applicants with debt-to-income ratios of up to 50%.

The lending corporations also have been guaranteeing with loans with low down payments.

Applicants can pay down as little as 3% for mortgage loans down payments with the lending corporations.

Such lending policies go a long way to explain why so many lenders find themselves in significant debt.

Some critics cite irresponsible or predatory lending practices for the increase in mortgage debt.

However, the government-backed lending corporations also are looking into ways to make homeownership more affordable to applicants.

Fannie Mae and Freddie Mac have begun to back mortgages offered by lenders who pledge to pay down an applicant’s student debt.

The lending corporations are also backing mortgages and loans for the self-employed and independent contractors.

Additionally, they have terminated numerous loans to applicants over the 50% debt-to-income ratio.

There is a lot that mortgage loan applicants can do to steer clear of unsustainable debt.

The lending corporations recommend that loan applicants only apply for loans that they can afford.

However, increasing mortgage lending debt may not become a runaway problem yet.

Mortgage loan owners with 46% to 50% debt-to-income ratios has yet to reach the peak levels of the 2000s housing crisis.