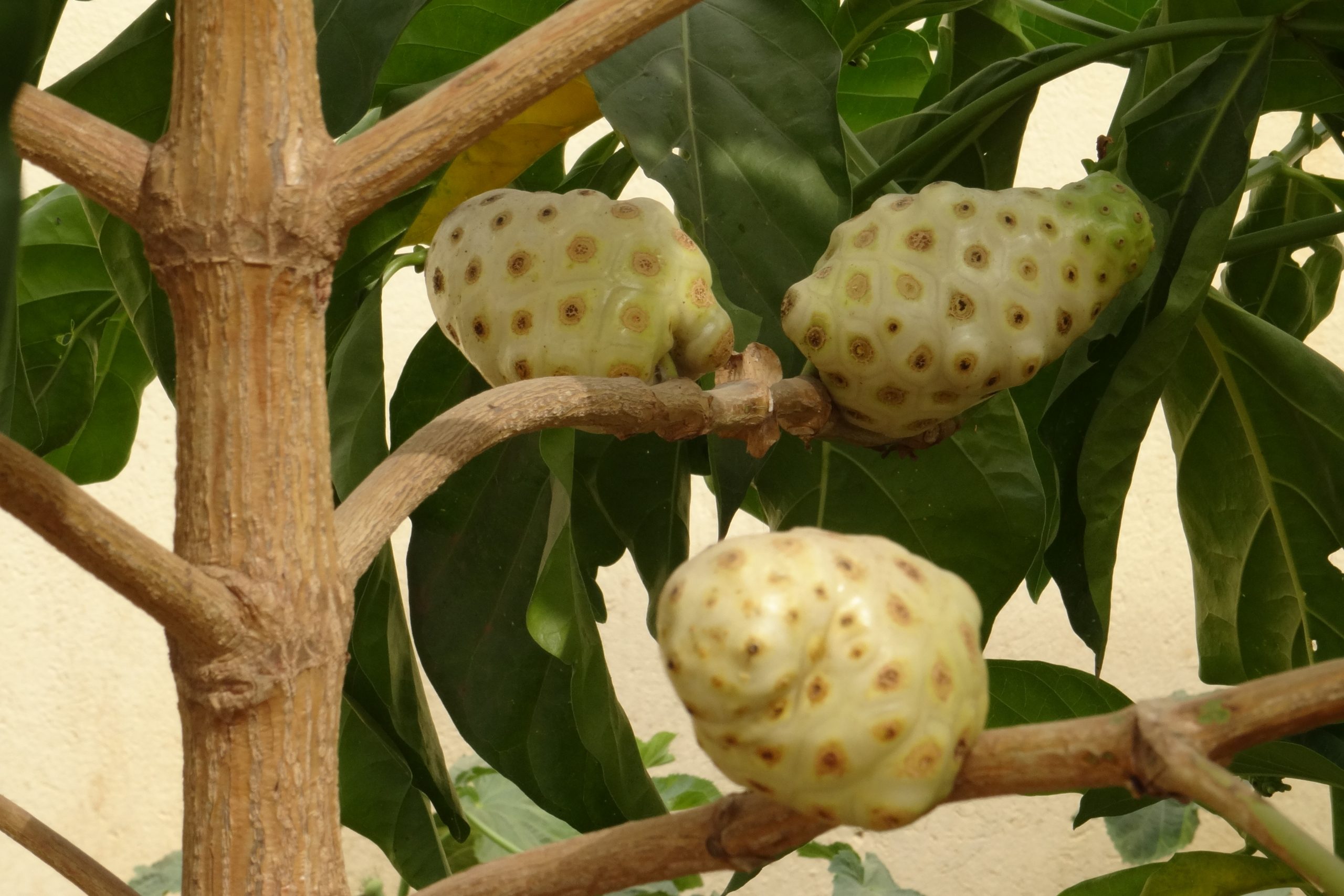 Recently, noni has been gaining popularity, and is often promoted as a plant that has a wide range of health benefits.

Noni is a small evergreen native to the Pacific Islands, Southeast Asia, Australia and India. While research continues into the health impacts of noni, it is frequently used and consumed for a number of purposes.

Research is still in the preliminary stages, but there are signs that noni may have tumor-fighting and antioxidant effects. The National Cancer Institute is looking into research to study whether consuming noni could be a preventative step and treatment for breast cancer. However, noni has not yet been well studied in humans.

Because noni is thought to be high in protective chemical components that have collagen stimulating effects, many people use noni topically as a moisturizer and to reduce signs of aging. It may also be used to treat burns and skin wounds.

A study published in the 2012 edition of The Scientific World Journal followed 132 participants described as heavy smokers (as smokers often have higher cholesterol due to oxidative stress). All participants drank either noni juice or a placebo for a month. The results suggested that drinking 29 to 188 millimeters of noni juice significantly reduced overall cholesterol and levels of low-density lipoproteins (or “bad cholesterol”) and increased levels of high-density lipoproteins (“good cholesterol”).

Researchers at the University of the West Indies conducted a study in which diabetic rats were given either noni or diabetic drugs for 20 days. The results suggested that noni was similar to the drugs in terms of its effectiveness at lowering blood sugar. The study was published in the October 2010 issue of the journal Evidence-Based Complementary and Alternative Medicine.

Because it is thought to stimulate the release of digestive enzymes, noni is often used as a treatment for constipation, diarrhea, indigestion, and general digestive upset.

Many people use noni to increase energy and treat feelings of physical weakness. Noni is also believed by some to help increase the body’s elasticity and physical performance.

Research on mice has demonstrated that noni may help to improve and treat memory difficulties. Mice with impaired memory function demonstrated improvement when treated with noni.

It is believed that noni may help to prevent type 2 diabetes. As discussed earlier, noni may help to lower levels of low-density lipoproteins and reduce blood sugar. Noni may also enhance insulin sensitivity and improve the uptake of glucose.

The presence of polysaccharides in noni means it may provide immune support. Polysaccharides help to support the activity of white blood cells. In addition, noni is thought to possess antibacterial, anti-inflammatory, antifungal, and antihistamine properties, all of which contribute to supporting and sustaining the body’s immunity.

Because of its presumed effectiveness as an anti-inflammatory, noni may be used as a treatment for arthritis pain. In a study, mice that consumed puréed noni in their drinking water, as well as alcohol extracts of noni fruit, demonstrated a reduced sensitivity to pain. Noni was demonstrated to be similar to other painkillers in its effectiveness.

As mentioned earlier, noni is thought to have immune-boosting and antioxidant effects. In addition, it contains minerals and vitamins that can improve circulation, benefiting the health of the scalp and hair.

A word of caution

While noni appears to have a range of important health benefits, the research is still in the relatively early stages, and many of its presumed positive effects are still unproven.

In addition, noni has a high concentration of potassium, making it unsuitable for those who are limiting potassium in their diets as well as for those taking various drugs to treat high blood pressure, like potassium-sparing diuretics and angiotensin receptor blockers.

Furthermore, noni is not recommended for those with kidney or liver problems. It is also suggested that consumers check the labels of noni products carefully for any warnings about their safety for pregnant women and children.