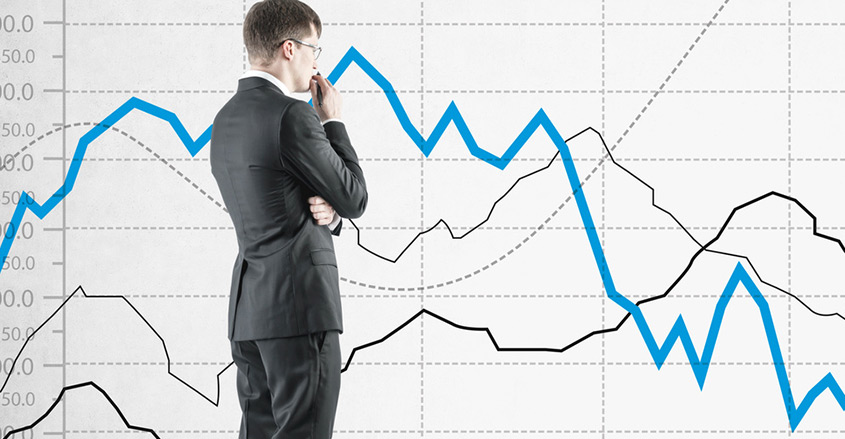 Michael Pento, president and founder of Pento Portfolio Strategies, has sent alarm bells ringing with his latest statement on the markets.

“When this thing implodes, we are all screwed,” Pento said of the economy.

“On a global scale, we have never before created such a magnificent bubble,” he continued. ““These central bankers are clueless, and they have proven that beyond a doubt.”

“All they can do is to try to keep the bubble going.”

Pento believes that at this point that the Fed is bankrolling the economy. Were they to stop the economy would slip into another depression.

Pento continued his harsh takedown of the Fed, adding, “If anybody still believes they’re omniscient or omnipotent or know their butt from their elbow, that’s over.”

Pento went on to compare present QE practices to a banana republic saying, “Everybody knows that this QE is permanent just like any banana republic would do, or has done.”

Pento maintains that the next recession won’t be as mild as many economists are predicting. “The plunge in the stock market would be huge and from a much higher level,” he said.

“Back in the Great Recession, unemployment claims spiked. We had millions of people laid off, and the same thing would happen today only… much worse.”

President Trump, for his part, has blasted the most recent rate cut from the Fed as too little, too slow.

On October 30th, the Fed approved its third rate cute this year. Interest rates were reduced by 25 basis points for a target range of 1.5% to 1.75%.

This rate cute was widely anticipated by analysts and is expected to be the last one for quite some time.

Trump claims that the weakness of the rate easing cycle harms U.S. competitiveness.

“The Fed puts us at a competitive disadvantage. China is not our problem, the Federal Reserve is,” the president said on Twitter.

An official statement from the Fed read, “The Committee will continue to monitor the implications of incoming information for the economic outlook as it assesses the appropriate path of the target range for the federal funds rate.”

Fed Chair, Jerome Powell, further reinforced the idea that this would be the last rate cut in his press conference.

“We see the current stance of monetary policy as likely to remain appropriate as long as incoming information about the state of the economy remains broadly consistent with our outlook.”