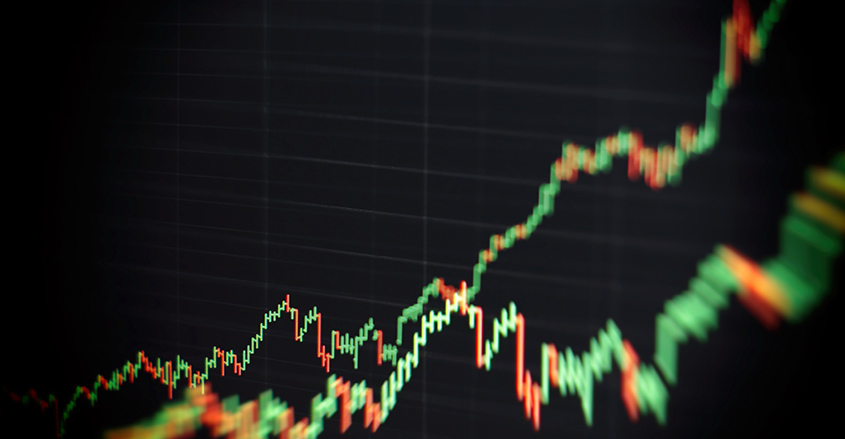 Joe Biden is leading by 14 points.

No wonder Trump got sick — the old “dog ate my leadership” doesn’t work as well with voters as the sympathy vote.

The president needs something to turn his campaign around and it’s a mix of opinions as to whether the president is faking Covid to gain sympathy or whether he is so psychotic that he imperiled the lives of his driver and Secret Service agents just to do a propaganda wave outside the hospital, not to mention the staff who had to move Patient Zero out of isolation — completely against hospital policy.

Whatever the truth is about Trump, with Biden opening up an insurmountable lead just ahead of the election the market is rallying this morning and the Dow is up 200 points.

But we’re still way overbought and due for another correction.

I have called it the one-month moving average in the past but really it’s 200 market hours so more like two months or roughly the same as the 50-day moving average.

Officially, in fact, the 50-day moving average on the S&P 500 is at 3,361.60 so the 5% Rule™ predicted this months ago and here we are, at the inflection point of the election, right where we’re supposed to be.

Knowing the future is useful as it lets us make good bets on the market. One month ago, we published our first edition of Real Options Investor on August 31st, when the S&P was at 3,500, we discussed four trade ideas for a bearish end to the year.