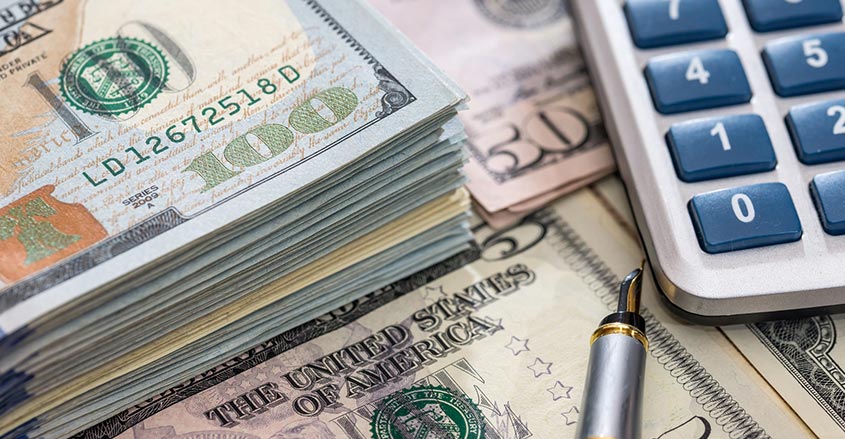 An estimated $40 billion in unclaimed public funds that someone may owe you. How to find unclaimed money isn’t that hard, either.

It just not obvious to most.

Often, this is money that could not be sent to its original recipient (you!) and is thus held in state coffers.

If this money cannot be sent to you because you moved or changed names, it is forwarded to the state of your current or last known residency.

You may have unclaimed back pay from a former job. Or unclaimed funds from an insurance or pension policy.

There may be an old bank account, savings bonds and similar funds that was given out to you in childhood and forgotten about. You may be a beneficiary in a will in another state and not even know about it.

Be sure to check several state websites. This is not about wishful thinking. You should just check regularly to eliminate the improbable.

Otherwise, you may be unwittingly leaving hundreds, thousands, or more, on the table.

More than 90% of all income tax returns are filed electronically. Of that number, more than 43% of tax filers file on their own.

Unless you are mathematically inclined, you may be unwittingly leaving hundreds of dollars on the table.

According to the IRS, there is about $1.1 billion of income tax refunds stagnating in their coffers. It isn’t the federal government’s responsibility to inform you that unclaimed funds are waiting for you.

Some people have unclaimed tax refunds because they thought that they didn’t need to file taxes at all. Per IRS tax filing guidelines, people who make under $10,400 a year don’t necessarily have to file tax returns.

The annual income qualifying amount for poverty level status is just under $12,000. People with lower incomes may just assume that they won’t get refunds, but some credits are refundable, meaning you get paid even if you don’t owe taxes.

Another problem with filing taxes on your own is the ignorance of beneficial tax credits. A lot of tax filers file a return but don’t take advantage of Earned Income Tax Credits.

There have been numerous stimulus credits that they may be eligible for. How much your EITC are worth varies from person to person. But they are worth nothing if you are unaware of them.

If you qualify, then there should be no penalty fee for filing back tax returns. You will need to submit applicable tax documents, so be prepared to request new copies of W-2s from past employers if necessary.

The IRS has time limits to claim refunds. You have three years from the tax filing date to file an amended tax return. Otherwise, your unclaimed money will become legally reclaimed by Uncle Sam.

If you suffer from a debilitating or life-threatening physical or mental impairment, the IRS may extend the 3-year time limit. You will have to prove the seriousness of your affliction via a doctor’s note.

Also, your affliction must have manifested itself for over a year or be potentially fatal. Your extension past the 3-year limit will equal the amount of time you have, or will suffer, the impairment.

Back pay, or back wages, is the amount of money that an employee may be owed after a disputed termination. You may be owed back wages if you worked and then changed a succession of jobs in the past.

According to statistics compiled by the United States Department of Labor, American workers were owed recoverable back wages in the amount of $304 million.

The Economic Policy institute released a report in 2017 stating that American workers were owed significant amounts of back wages for more sinister reasons.

About 17% of all working class, low wage workers were being illegally paid wages below the legal minimum wage requirement. Unscrupulous employers engaging in minimum wage violations cost about 2.4 million workers $8 billion in back wages annually.

Beyond filing lawsuits and officially lodging claims, there may not be much that you can do to reclaim lost work wages. The personal expense of retrieving lost wages may exceed what you are owed.

Most workers owed back wages may be owed $3,300 by conservative estimates. Most business’ pay back wages when forced to do so via federal or state penalties.

You can check for unclaimed back wages at the United States Department of Labor’s, “Workers Owed Wages,” Wage and Hour Division.

Life as a retiree can be financially distressing. Most live on fixed incomes. Half of all people over 65 make under $23,000 a year from multiple income sources.

Social Security benefits pays out about $16,000 annually to those who qualify. Yet the cost of living for many retirees is $40,000 a year.

For many retirees, payments from a retirement fund is the only way to make ends meet. However, many people who worked many jobs, moved frequently in life, or suffered significant lengths of unemployment between jobs may have forgotten they are owed a pension.

More than $300 million in unclaimed pension funds are waiting to be recovered.

If you suspect that you have forgotten about a pension, 401(k) plan, or think that a formerly failed pension fund owes you, there are ways to check.

First, try contacting your former employers. You can also check the websites of the National Registry of Unclaimed Retirement Benefits  or the Pension Benefit Guaranty Corporation.

These websites may require you to enter your Social Security number or information regarding past employers to search for unclaimed funds.

If you get any hits, you’ll find listings of past employers or pension funds that may be in possession of your unclaimed funds.

There is no national registry or website that will help you find all unclaimed public funds that may apply to you. Your best bet may be to start at the website maintained by the National Association of Unclaimed Property Administrators.

From there, you can start looking on a state-by-state basis based on your past employment history.

Whatever you do, never pay anyone or a company to search for unclaimed public funds in your stead.

All they are going to do is charge you exorbitant fees to look through free and public unclaimed public funds recovery websites, like the ones listed in this article. That’s something you do yourself for free.