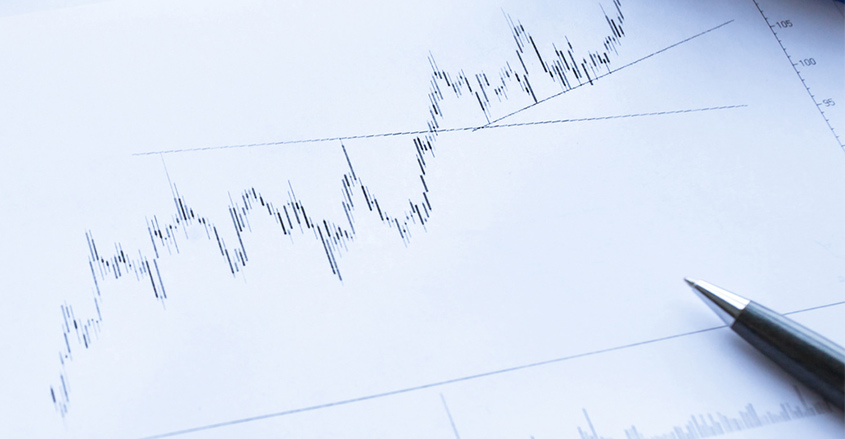 It has been four months since stocks hit their low reading back in February. Since that low, the Russell 2000 has been outperforming the S&P 500 by a wide margin.

In fact, the Russell has nearly doubled the return of the S&P with returns of 14.5% and 7.4% respectively.

What is even more interesting is that the volatility toward the Russell has been lower than that of the S&P so far in 2018. Why is that?

The outperformance by small caps is likely attributable to investors willing to take on more risks. The economy is growing at a decent pace and the employment reports have been strong for quite some time now.

What is more difficult to explain is why the volatility for the Russell 2ooo has been lower than that of the S&P 500.

We see that both of the volatility indices spiked at the end of January and have then trailed off since then. One of the driving forces behind the volatility this year has been President Trump’s trade initiatives and threats of tariffs against countries such as China, Mexico, Canada and the European Union.

The president has taken on a worthy cause as there were many inequalities in international trade that needed to be addressed. However, his tariff plans have created turmoil in global equity markets.

This leads us back to why the volatility on the Russell has been lower than that of the S&P. Large cap companies like those you would find in the S&P rely far more on international sales than do small cap companies.

As a result of Trump’s tariff threats, Canada, China, Mexico and the EU have proposed counter tariffs on imports from the United States.

Those tariffs have a far greater impact on large-cap exporters than small-cap companies, whose sales are primarily domestic.

Money on the move

Of course, investors have taken note of the success of small cap stocks and have been pouring money into ETFs in the small-cap universe.

In the month of May, $7.5 billion made its way in to small-cap funds. That’s the most since November 2016 — right after Trump was elected.

In addition to the benefits of not being affected by the tariff discussions, small-cap companies are benefiting from the recent tax cuts. We have also seen the dollar jump in the last few months.

Like the tariffs, a strong dollar has a negative impact on large exporters more so than small-cap companies.

It is a perfect storm of positive news for small caps — lower taxes, strong dollar, possible tariffs on imports. But how long will it last?

Small-cap companies tend to carry more debt on a relative basis, and rising interest rates will take a toll eventually.

The Russell may outperform the S&P for a little while longer, but eventually there will be a rotation back to a more normal dispersion in performance.