For years, consumer staple stocks have provided investors with downside protection during periods of recession and market downturns.

These blue-chip stocks provided investors a defensive buffer due to their stable earnings, generous dividends and consistently increasing payout ratios.

For yield-starved investors in a low interest rate climate, that combo was manna from heaven. And it may be ending.

Bounty, Mr. Clean, Kleenex, Listerine, Band Aids, all of these products for decades were well-known names that through years of clever advertising enjoyed unrivaled customer loyalty.

Because of that fact, many consumer staples companies enjoy unchallenged dominance in their respective product markets. They have what Warren Buffett calls a “moat,” a protective ring around a stock that makes it hard to beat.

Companies in the consumer staples sector thus have been long immune to economic cycles and stock market vacillations. For years, they had been able to consistently raise the prices of their products without fear of a consumer exodus.

Customers simply didn’t mind paying a premium. They felt comfortable with the brand and knew they were buying a quality product.

Despite their resilience in the face of recession and their ability to generate stable and predictable earnings growth, now these stocks could be losing their luster.

Other large consumer product companies reported quarterly earnings that either didn’t meet analysts’ expectations or they failed to inspire because their rate of earnings growth was slowing.

It appears that staples companies can no longer raise the price of their products with impunity. A host of lower-priced products of comparable quality have appeared, and consumers increasingly are no longer willing to pay the premium.

Brand loyalty also seems to be diminishing. The Millennial generation doesn’t have the same buying habits as their parents, for one.

All of these factors have had a negative impact on operating margins and earnings growth.

A look at the one-year operating income for Kimberly-Clark tells the tale. 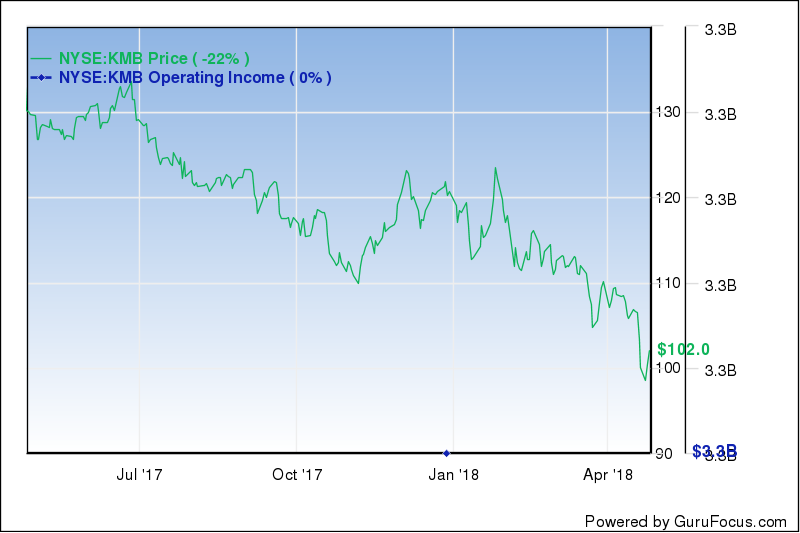 A newly competitive marketplace and consumer sensitivity to rising prices will continue to erode operating margins for the large staples sector. This new reality is reflected in disappointing revenue growth figures reported for the first and second quarters.

Investors were no longer satisfied with mediocre performance from companies sold to them as rock solid and safe.

The sentiment appears to be growing among investors that these stocks can no longer be viewed as cornerstones of a well-balanced portfolio. In a rising interest rate environment, too, fixed-income vehicles such as bonds could provide better yields. That trend could depress the price of many of the consumer product stocks.

The tried-and-true defensive strategy might no longer be viable in a volatile stock market coupled with a rising interest rate.

All of these troubling signs indicate that investors might need to readjust their defensive strategies. A previously sound and time-tested defensive play in a rapidly changing market is no longer a safe harbor.