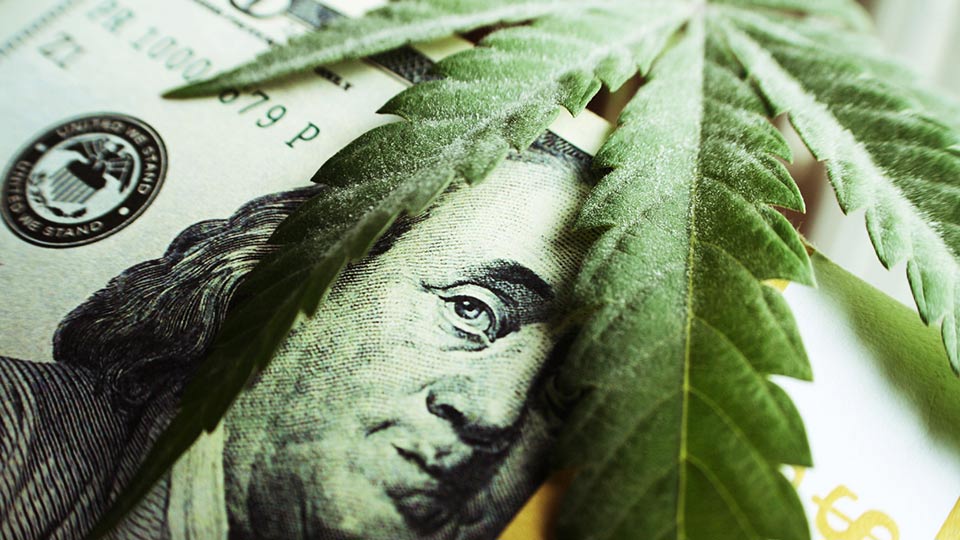 Last spring California passed Proposition 64, legalizing the sale of recreational marijuana for those over the age of 21. Pot was suddenly on an equal footing with beer and tequila in the Golden State.

Marijuana had been legal already in nine states, including Oregon and Nevada on the California border, as well as nearby Washington and Colorado.

But California’s $2.4 trillion economy dwarfs those states by several orders of magnitude and is larger than most countries. It’s the world’s sixth-largest economy, if U.S. states were measured separately, trailing only United States, China, Japan, Germany and the United Kingdom.

Add the entrepreneurial zeal, technical expertise and capital of Silicon Valley to the equation and you have a perfect storm for making massive profits from pot-related business.

Those range from dispensaries to cannabidiol for pets to grow lights. Now that a year has slimmed the field, it’s a great time to look for a billion-dollar weed unicorn.

The overall market has done even better than predicted, coming in at $6 billion for the first year. The newest trend is consolidation between cannabis companies in different states as they band together resources to operate throughout the West.

“It’s a lot like the dot-com industry in the 90s as well as the telecom revolution,” says Scott Jordan, director of business development at Dynamic Alternative Finance, a Denver company that has secured almost $50 million in loans and equipment for cannabis businesses since its founding in 2015.

That may sound exciting, but anyone old enough to remember spectacular dot.com disasters such as Webvan, Pets.com, and Napster might not relish putting their hard-earned money into one-in-a-thousand shots, at least until the clear winners become more apparent.

Indeed, the startups talk like startups, fighting for their lives every day to make it work.

“It takes commitment, confidence and guts,” states Karson Humiston, who at the age of 24 is the president of the Vangst Talent Network, a West Hollywood operation that recruits employees for firms in the cannabis industry.

So far they have placed over 1,000 professionals and most are earning over six figures, she says.

The first decision is whether to invest in business that “touch the plant” such as growers, distributors, and dispensaries. These companies often pay cash dividends and multiple orders of magnitude payback, yet they expose investors to the most risk.

Sites like the Marijuana Business Daily can help you identify business opportunities both for “touching the plant” and “hands off.”

Though the cash dividends might be less initially, there is the possibility of a buyout from a larger company and a big payout.

Another opportunity that is becoming prevalent in established markets such as Colorado and Oregon is lending to entrepreneurs to buy existing licenses from business that are failing or bankrupt.

A team of investors will buy the license for anywhere from $25,000 to $250,000 and turn around and sell it to a new company that doesn’t want to endure the uncertainty and downtime waiting for a new license.

A risk that Webvan or Pets.com never had to face, however, is federal regulation. The U.S. government continues to categorize marijuana as a Schedule 1 Drug with no medical properties or uses — the same category as heroin.

The election of Donald Trump and the appointment of anti-pot crusader Jeff Sessions as Attorney General imply an increase in federal raids on cannabis business. That’s a change from the Obama administration, which pursued a hands-off policy on the industry.

If you can handle the uncertainty and anxiety, though, you may be able to make a mint — or at least your retirement.