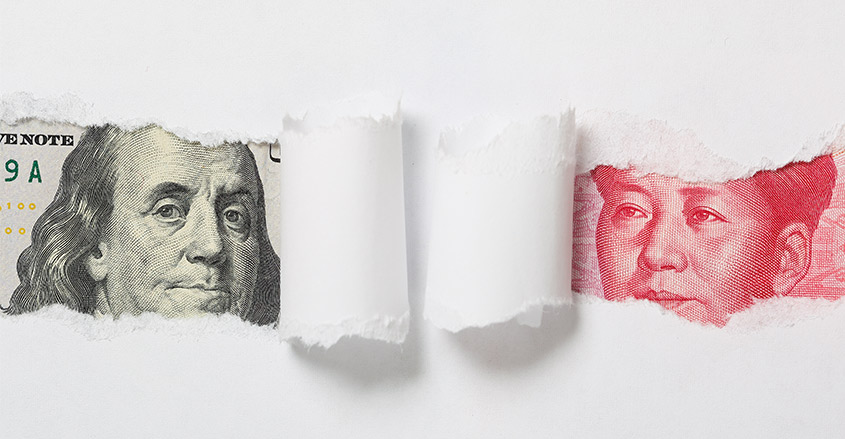 The United States and China are currently in the middle of a protracted trade war.

Weijian Shan, a prominent Chinese financier, is prepared to declare a winner.

Shan is the CEO of the prodigious Asian private equity firm PAG.

“Both parties lose from the trade war, but the numbers suggest that the damage to the U.S. side is greater, in percentage terms than to the Chinese economy,” says Shan.

“That doesn’t mean that the Chinese economy is not severely damaged. … For China, the business confidence in particular has been hit very hard in the past 15 months.”

Yet, he says, U.S. “tariffs did not compel Chinese exporters to reduce their prices; instead, the full cost of the tariffs hit American consumers.”

Phase one of a trade deal between the two nations is currently being discussed, according to Trump administration officials.

As of now, all Mnuchin has said is it’s a “fundamental agreement in principle.”

China is asking for future and existing tariffs to be revoked. In exchange, the U.S. expects China to purchase more of its agricultural goods.

If for some reason phase one of the deal were to fall through a new cycle of tariffs on Chinese goods is scheduled to be implemented in mid-December.

Not everyone is letting the trade war news get them down. Jefferies analyst Christopher Wood has hope for the future.

Wood believes that should tariffs be rescinded as a result of a trade deal in the near future, that the global stock market would see a massive upswing.

“Almost no one is expecting this, but this is what should happen should a deal be agreed, since the tariffs were put in place by the Trump administration as leverage in a negotiation,” Wood says.

Conversely, should a trade deal be agreed to and tariffs kept at present levels, it could be indicative of a prolonged decline in U.S.-Chinese relations.

Experts hope phase one of the trade deal will be signed at the Asia-Pacific Economic Cooperation summit.

Both Trump and Chinese President Xi Jinping are expected be in attendance.