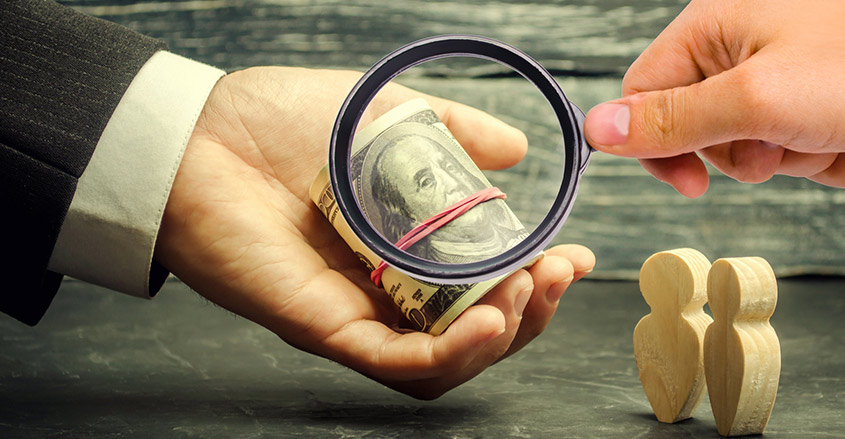 If the idea of assuming the debts of others is a good business strategy, then business must be good.

Americans are drowning in waves of self-perpetuating debt unseen by experts in decades. According to data compiled by The Federal Reserve Bank of New York, Americans had collectively racked up $12 trillion by Q1 of 2017.

Americans now owe about $13 trillion in various forms of household debt. The problem is getting worse, not better.

Most people don’t truly appreciate, or care not to remember, how close the financial world of 2008 came to a complete collapse. Many financial institutions were awarded bailouts by governments the world over.

This was a legislative gambit to stave off a complete collapse of the global financial system. While the very financial institutions who contributed to the disaster were granted reprieve, average Americans were on their own.

Many Americans in 2008 lost their homes, businesses, savings, and retirement plans. Worse, banks and financial institutions tightened their rules on extending credit.

However, it has been over a decade since the crisis. While banks, credit unions, and other financial institutions are extending credit, they didn’t  making it easier. In the interim between 2008 and now, a new kind of lending system has filled in the ensuing business vacuum — peer-to-peer (P2P) lending.

Anyone can be a peer-to-peer lender. Even you. However, it may take time for you to profit and you run the risk of getting burned by delinquent borrowers.

Many borrowers appreciate the application ease of P2P lending. Yet there are signs that the system may come to mirror problems in traditional borrowing that gave rise to P2P lending in the first place.

In fact, P2P lending has just as many drawbacks as it does benefits.

Anyone and any business can act as a private lender through peer-to-peer lending. When you lend money to a friend, relative, or co-worker, you are engaging in an informal form of P2P lending.

P2P lending has now grown to become an independent, financial alternative to traditional business lending. Through a third-party website you can lend money to people all over the world at varying rates of interest, depending on the website.

A P2P lending website registers and compiles a list of people who want to borrow money. You can register on such websites as a potential lender and peruse hundreds or thousands of profiles.

Or, the website can match you to people in search of loans based on your lending criteria. P2P lending allows private individuals and businesses to lend to people that traditional banks might not choose to finance.

The appeal of the P2P lending system for those in debt is that most potential borrowers can be approved within hours or days, all through a strictly online application process.

In the aftermath of the 2018 financial crisis, most banks choose not to extend loans to average Americans. A traditional bank loan requires lots of paperwork, processing time, interviews, and patience. It can take weeks and possibly months to be approved for a traditional bank loan.

It’s not just the ease of application that draws people to trust unknown lenders through P2P websites. To better understand why the P2P lending industry is booming, and how you may benefit as a lender, we must better appreciate how much public trust has been lost in the traditional bank lending system.

The potential of P2P lending

The traditional banking systems of the world left the proverbial door wide open for P2P lending to thrive and prosper. Still, it’s easy to give P2P lending platforms too much credit for their own rise.

The success of the P2P lending system has been directly abetted by the misdeeds and criminality of the traditional banking system, especially in the aftermath of the 2008 financial crisis.

According to research conducted by Thomson Reuters, from 2008 to 2015 more than 20 of the largest banks in the world paid more than $235 billion in various federally mandated fines and compensation packages.

Over this time period, once-trusted banks were guilty of interest rate and currency valuation manipulation. They also sold mortgages and insurance packages to people who couldn’t afford them, didn’t need them, or didn’t fully understood the consequences of ownership.

The incomprehensibility of traditional finance rules to the average American, and the unfair advantage to the finance industry, helped fuel the rise of P2P lending.

P2P lending was virtually unknown by the general public and was only worth a few billion as a global business in 2013.

Pros and cons of P2P lending

Three out of four people who apply for personal bank loans are rejected. So you as an informal lender have a large applicant pool to peruse. You can review applicants from all over the world instead of seeking them out.

Most P2P borrowers are seeking loans from just $25 to a few thousand dollars. P2P loans have interest rates ranging between 4% to 36%, though higher is possible. P2P lenders are not federally regulated, so they are not beholden to laws that traditional banks must follow.

Depending on how many loans you extend the benefits can add up over time. Legitimate P2P lending websites require that borrowers are employed and have bank accounts. Borrowers must agree to a repayment schedule that involves automatic withdrawals from their bank accounts.

There are also some drawbacks. You have no guarantee that a borrower will pay you back. The best chance for success as a P2P lender is to diversify risk. That means you would have to invest hundreds or thousands of dollars across 50 to 300 borrowers. That way many good loans can balance out one, or a few, bad loans.

You also need to be patient. While P2P lending allows you access to a large applicant pool, that means you must be discerning in your loan decisions. It takes time to assess applicants thoroughly. Also, it could take months, or years, to make back your original investment or profit. P2P loan terms can last anywhere from six months to five years.

Keep in mind that any individual, business, government, or country can be a P2P lender. There are about 4,100 P2P lending websites in operation.

A recent international report on P2P lending found that about 1,800 such websites were managed poorly, didn’t have enough capital to cover loans, or were outright scams. If you want to be a profitable P2P lender, you can’t afford not be choosy.

Find a P2P website with interest rates that maximizes your investment potential. Make exacting calculations concerning your investments and projected returns. Don’t count on a P2P lending website to do that for you.

Most importantly, treat P2P lending as a slow burn investment vehicle and not as a get-rich quick operation. With the right P2P lending website, you can profit in the long term.