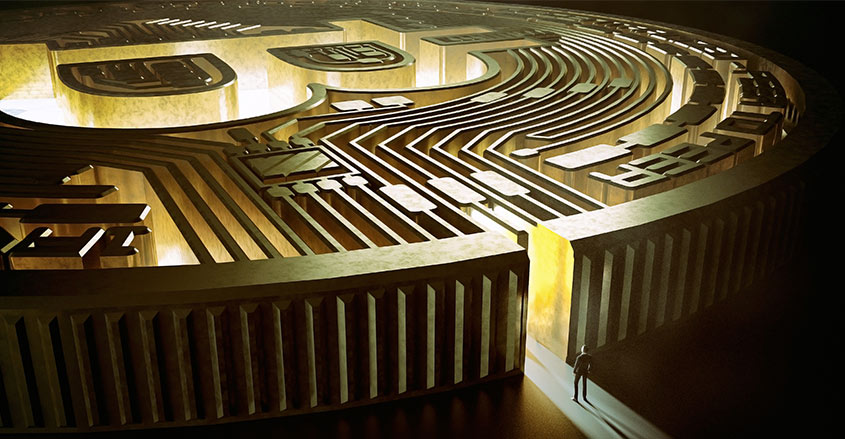 Mining cryptocurrencies requires computers to solve a complicated equations. So it should come as no surprise that many developers have come up with puzzle games that offer cryptocurrencies as their prize.

One such crypto puzzle game, “The Legend of Satoshi Nakamoto,” came out in 2015. It gained national attention after it was solved and the winner earned $50,000 worth of Bitcoins and other cryptocurrencies.

“Montecrypto: The Bitcoin Enigma” is a new puzzle game that mirrors Legend of Satoshi Nakamoto in its style and complexity.

While this 24-puzzle game offers only one Bitcoin that’s more than enough incentive for puzzle game fans looking to try their luck. Bitcoins are worth more than in 2015, you may have noticed.

The game was developed by Gem Rose Collective and launched on Feb. 20th exclusively on PC through Steam. It is visually similar to a classic RPG, comprised mainly of grand buildings and a labyrinth of passageways and staircases.

Veteran gamers are sure to be pleased the game’s visuals, but what truly makes Montecrypto stand out is its strategy play.

For example, one key aspect of the game is that players can either leave other players clues to help them along their way or provide misinformation to lead them to a dead end.

Because of this feature players must decide whether to work together to solve puzzles or to go it alone.

“Neon District” is an Ethereum-based game developed by the same artist that designed the puzzle art for The Legend of Satoshi Nakamoto.

The chief developer for the game speaks of “shared inspiration comes from the cypherpunk ethos…playful applications of cryptography, a love of creating and solving puzzles using steganography, the hacker mentality…cyberpunk and steampunk genres, classic card, and role-playing games, and our childhood pastimes of night-owl gaming and coding.”

Fans old-school dungeon crawl games and the Myst franchise are sure to love every aspect of this stylish and strategic new puzzle game.

As popularity of cryptocurrency and crypto-based gaming picks up, gamers should expect virtual currencies to have a large impact on the gaming world.

Time will tell if Montecrypto and its competitors usher in many more games that feature Bitcoins as their prize.

It’s notable, though, that many upcoming games, such as Reality Clash are creating their own cryptocurrencies in order to compete with Bitcoin and other virtual currency-based games.