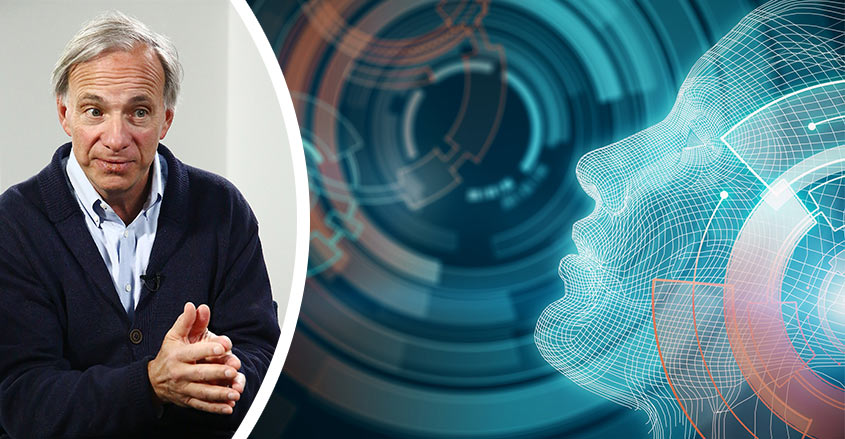 The founder and director of the world’s top hedge fund, Ray Dalio, said Friday that almost half of all jobs will be replaced by artificial intelligence (AI) in the next two decades, and that includes lawyers and doctors.

“By in large, the world is going to largely consist of people who can take language and put it into code, which then allows the computer to operate like a brain, or people who are going to be displaced by that,” Dalio told FOX Business.

“Everyone knows that drivers ranging from truck drivers to taxi and Uber drivers are going to be replaced, but other industries that operate on 19-century models of inefficacy like the American practice of law and medicine will be replaced quickly thereafter,” Dalio said.

“Many Americans themselves can’t afford either a doctor or a lawyer, so there is no way we can continue that model, let alone export it to the world.”

Dalio, who founded Bridgewater Associates, went on to say the computer’s capacity to process more information than the human brain is the reason artificial intelligence is being implemented in financial services.

“Everybody needs to learn to code. It’s like not knowing how to read and write in the new age,” he said.

That is, at least, the ambition of Justin Kan, a serial entrepreneur who knows a thing or two about hot startups. The 34-year-old Kan built the video game streaming Twitch, which he sold to Amazon for nearly $1 billion in 2014.

Now he is trying to prove the point that the practice of law is obsolete.

Kan’s newest start-up, Atrium, is incorporated as a law firm and has raised $10.5 million so far.

The firm’s lawyers field questions from a roster of start-up clients about fundraising from venture capitalists and issuing stock options to employees. Engineers watch the exchanges while extracting bits of information from the conversations and the documents exchanged.

They’re trying to build technology that will ultimately automate that work — and replace some if not all of the human beings who do it at $350 an hour.

“We want to create a law firm of the future who can offer every legal service imaginable for a single transparent monthly bill quoted before the work begins,” Kan says.

Anyone who has hired a lawyer has experienced the dread of opening their bills and that alone could change the industry.

Or, as Kan and his co-founders put it, they want to create a law firm full of technology-turbocharged lawyers who can offer clients more efficient services at a predictable cost.

Consulting giant McKinsey estimates that 35% of all professional tasks can be automated these days. Recently, JP Morgan hired an army of developers to build software that can do in seconds what it previously took lawyers 360,000 hours to do.