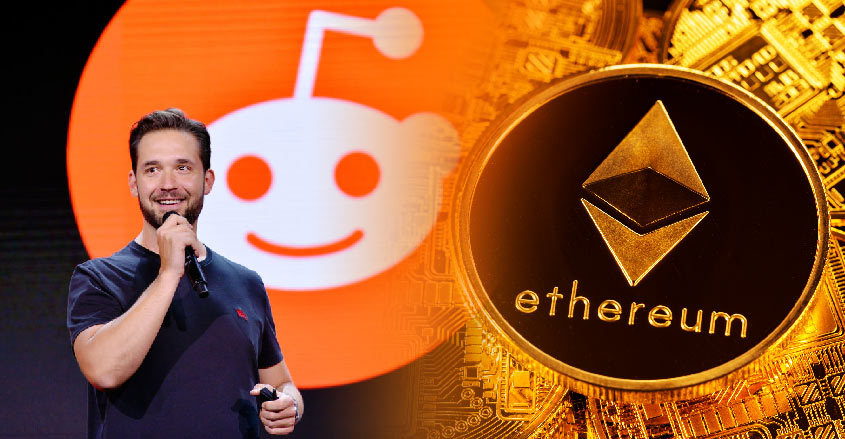 The cryptocurrency recently traded for $750. If Ohanian is correct, the increase in value would be 1,900%.

Initialized Capital was founded by Gary Tan and co-founded by Ohanian. The firm has investments in Coinbase, Opendoor, Soylent, Instacart, Cruise Automation and others.

Initialized Capital has more than $250 million assets under management.

“I still hold a little bit of Bitcoin, and I think it has such mind share that it will continue to be a store of value,” he said.

“I’m most bullish about Ethereum simply because people are actually building on it. It’s still early days, but you know, we’ve got a few CryptoKitties.”

CryptoKitties is a game on the Blockchain that allows people to train and exchange digital cats.

A correct prediction by Ohanian would mean that Ethereum’s market cap would rocket from $67 billion to a staggering $2.5 trillion.

Ohanian is similarly bullish on the concept of blockchain technology, the underpinning of all cryptocurrencies.

However, he was quick to add that blockchain technology will need one to two years to reach its true potential.

“This year, it’s all about blockchain.”

“Most of it is just hype and BS, just like how it was with [artificial intelligence] and [machine learning]. Most of the really vital, protocol-level, basic infrastructure around software and blockchain will need to get built in the next year or two for us to really see the Web 3.0 we’re really hoping for.

“These are the types of things I think will build the foundation for a very different, much better Internet,” he said.

Ohanian sold Reddit, a user-generated news aggregator, to publishing house Conde Nast in 2006 for an undisclosed figure between $10 and $20 million.

He says he remains active on Reddit as a user.

“I still use Reddit to discover burgeoning trends. It’s a big part of why Initialized was the first check in Coinbase. You could see these trends popping on r/Bitcoin, for example.