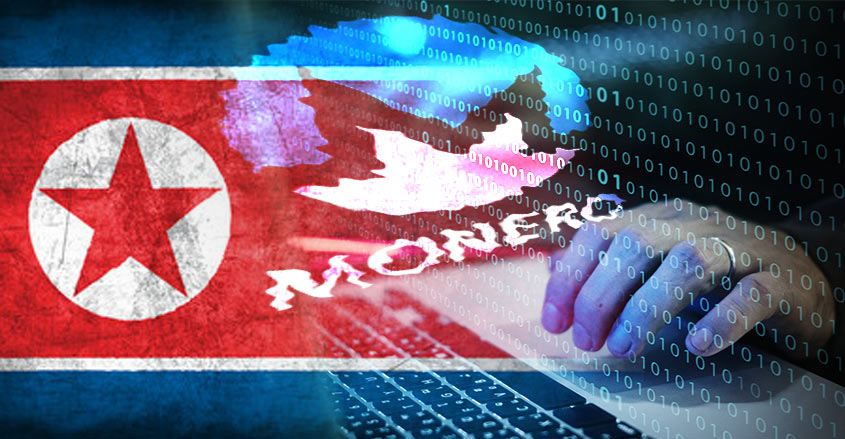 Reports have emerged that the popular cryptocurrency Monero is routed to North Korea through malware.

The report, from cybersecurity firm AlienVault, claim to have detected software that installs code for mining cryptocurrency on unsuspecting computers. The mined coins are then transferred to a server which is supposed to exist inside a North Korean university.

The program by the North Koreans has been operating since Dec. 24, according to AlienVault.

Many in the international community believe that this new operation by North Korea began in response to heavy sanctions it now faces following tests of nuclear-armed intercontinental ballistic missiles.

The sanctions effort, led by the United Nations, cuts off of hard currency and supplies such as crude oil.

It stands to reason that the North Korean would want to mine Monero more than any other cryptocurrency. Monero claims to be the most untraceable and most secure of all cryptocurrencies.

It should be mentioned that AlienVault says that the North Korean server receiving Monero does not appear to be connected to the Internet itself.

This means there is the possibility the the server the company identified is meant to fool people into thinking there is a North Korean connection when in reality there is none.

Whether there exists a North Korean connection or not, one can only view today’s news as bad publicity for Monero. Perhaps.

Without a doubt, North Korea is a bad actor on the international stage. It has come under very heavy scrutiny  for its nuclear program over the past year.  Any publicity associated with the North Korea regime could be considered bad publicity.

On the other hand, secrecy and security is exactly what Monero was designed for.

Monero’s own website describes thusly: “Monero is a secure, private, and untraceable cryptocurrency. It is open-source and accessible to all. With Monero, you are your own bank. Only you control and are responsible for your funds. Your accounts and transactions are kept private from prying eyes.”

The way Monero works is go to an unlinkable, one-time address generated with random numbers every time a payment is issued.

Bitcoin, in comparison, is linked to specific private addresses that, while anonymous, can still be linked to transactions that have take place over the blockchain.

Bitcoin famously started as a way to buy drugs as well as other much more illegal goods and services from vendors such as the online market Silk Road.

Any currency that is as untraceable as Monero is, and as Bitcoin once claimed to be, will mean state actors who desire secrecy also can use them.