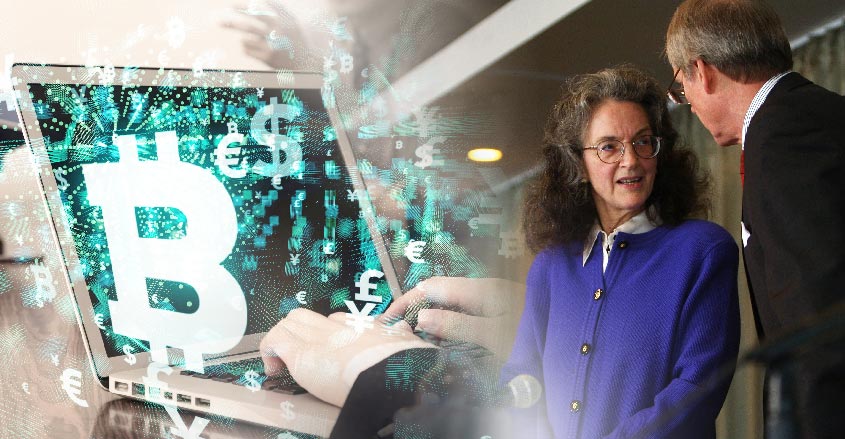 Venrock, the official venture capital firm of the Rockefeller family, has turned its sights on the cryptocurrency market.

The Rockefeller name is about as old as old money gets. The family made its wealth on Standard Oil and controls Chase Manhattan Bank. The moniker graces cultural institutions and iconic buildings far and wide, including New York’s Rockefeller Center.

Venrock partner David Pakman has announced that the firm has just entered into a partnership with CoinFund, a digital currency investor group based in Brooklyn.

The partnership will support entrepreneurs who want to create businesses based on blockchain, the technology that gained spotlight after bitcoin shot into prominence last year.

Pakman said that Venrock wanted to join hands with the CoinFund team, which has been investing and actually helping to build multiple cryptocurrency economies and token-based projects.

CoinFund and Venrock had initially met through their common investment in YouNow, an app for live video streaming. YouNow plans to host an initial coin offering (ICO) whose digital tokens would become the basis of an innovative business model.

According to Pakman, Venrock is not looking at making short term gains, despite the volatilities and speculative behavior associated with the cryptocurrency markets.

While there are many crypto traders and crypto hedge funds in the market, the collaboration between Venrock and CoinFund promises to be different. Pakman says, in fact, it is more akin to venture capital, their core business.

CoinFund was formed three years ago, and it has already backed several leading blockchain projects.

Just last week it announced that it is backing CoinList, a startup that will help businesses launch regulation compliant initial coin offerings. A prominent client of CoinFund is Kik, a chat app developer, which in 2017 became the first startup to do a crypto-pivot.

CoinFund co-founder Jake Brukhman said that he is excited to have an opportunity to strengthen New York’s crypto market with the “new meets old” partnership with the Rockefeller firm.

Brukhman said that they will work closely with Venrock to advise, support and mentor teams in this specialized area. Their goal is to create strong synergy between the two and bolster blockchain-based enterprises.

Both Brukhman and Pakman, like several other proponents of blockchain, believe that the technology offers a powerful opportunity to disintermediate middlemen and bring down costs of doing business.

Pakman said that gatekeepers will always charge toll or rent from users. But the advantage with crypto is that businesses are going to have fewer gatekeepers.

Pakman went on to say that even venture capital is a gatekeeper industry, which need to be revamped. The idea that only a tiny group of individuals can make decisions about which projects to invest is no longer going to work, he said.

Since its inception about half a century ago, Venrock has remained focused on science and technology.

It has invested in cutting-edge technology companies from Intel to Apple, among many others. Its entry into the cryptocurrency market seems a logical progression.