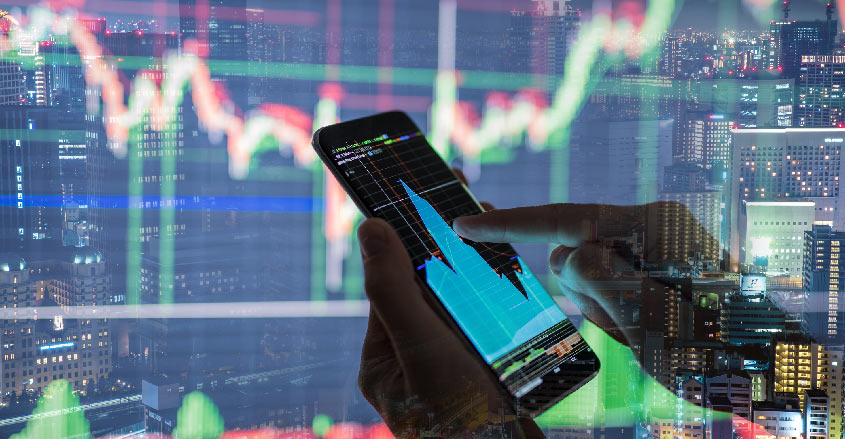 Technological changes over the last two decades have transformed the way people live and work.

A recently published research paper that shows a connection between technological disruption and the substantive changes that have taken place in investor behavior.

Researchers Stavros Panageas at UCLA and UC Berkeley’s Nicolae Garleanu argue that the economic upheaval triggered by technology has fueled investor demand for a wide range of once “alternative” assets, including private equity, venture capital, and real estate.

Panageas and Garleanu make the case that the swift destruction of old technologies and their replacement with new is making once-stable investments feel fraught with risk.

This is driving investors to seek newer assets in place of plain-vanilla bonds and stocks, in hopes of mitigating risk of wealth loss and portfolio turmoil.

The authors say that the spectacular growth of the alternatives industry became their original motivation for this research.

They note in the paper that the amount of investments made in alternative assets in the last decade have grown far more rapidly than the total assets under management and the economy itself.

Their core idea is that the tech revolution unleashed in the last two or three decades produced extraordinary rewards for a handful of investors, thereby contributing to escalating wealth inequality.

The massive financial benefits of innovative technologies accrued mostly to creators as well as early investors who acquired a large slice of the equity pie, rather than to general investors who hold a market portfolio of stocks.

Panageas and Garleanu backed up their argument about shifting wealth distribution by using data related to Wealth-X and Forbes annual figures of ultra high net worth individuals.

The net worth of self-made billionaires in 2013 was equivalent to that of billionaires whose wealth is mostly inherited.

However, by 2016, the net worth of self-made billionaires had nearly doubled in comparison to the inheritors.

A majority of alternative asset fund managers believe that the tech disruption will continue at a rapid pace.

Therefore, investors will have an incentive to increase their allocation toward asset classes that are less impacted by change and may even benefit from disruption.

According to Panageas and Garleanu, the “natural targets” for portfolio diversification are private equity, commodities, and real estate.

Commodities and real estate benefit from the emergence of new companies because they are of direct use to all companies, old and new.

Private equity benefits as well because it helps in offsetting the displacement risks of public equity.