Everyone has their own opinion of what the female body should look like.

Society and the media often exhibit women that are thin as the ideal womanly figure. This causes many women to try and conform to what society sees as the perfect woman.

Over time, society has shifted time and again on what the idea female body type should be. See the video below…

Today in society, many women strive to be thin because of what is shown in the media, fashion industry and on reality television.

According to Mirror Mirror, this is the root cause of multiple issues for women today.

The unrealistic images we see in the media can contribute to the development of eating disorders like anorexia and bulimia. People with anorexia restrict the number of calories they eat. Many do this because they believe they are overweight, even when in reality they may be dangerously thin.

Other problems related to the media and body image include depression and anxiety. People may worry excessively about their appearance and may become anxious or depressed if they feel they don’t measure up to the ideals they see in the popular media.

However, science says that the perfect female body is far from what society portrays.

According to a study from the University of Texas, this is what the perfect female body should look like… 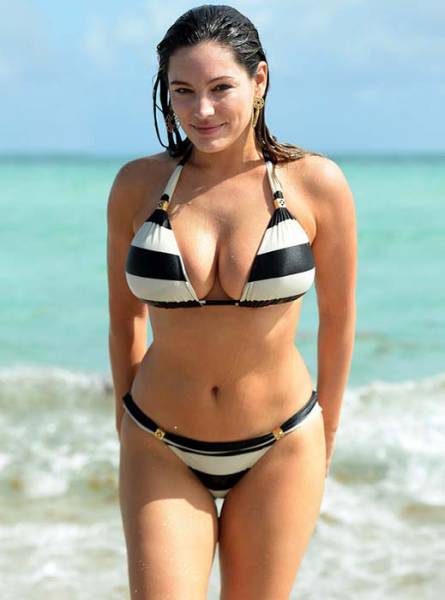 The above photo is a model/actress named Kelly Brook. The University of Texas claims that she has the perfect female body.

According to the Curacao Chronicle, this is what the scientists at the University of Texas concluded…

The University of Texas conducted a study which selected model and actress Kelly Brook, 34, as an example of the “perfect figure”. The woman has a height of 1.68 and its measures are 99-63-91, of course, no surgeries. This study shows that a body stereotype that women consider “somewhat plump” is actually the one that comes closest to perfection and what they consider a “harmonious body.”

Thus, scientists say: “This woman is completely natural and scientifically perfect.” The conclusion of these scholars from the University of Texas, surprised the public, because although it is known that the beauty and perfection are completely cultural and certainly arbitrary concepts, parameters of fashion, the pressure of advertisements and models TV, have always shown a completely different concept of perfection.

Many people would describe Kelly’s body type as plump or full-figured. The study shows that the stereotype of “plump” is actually perfect according to the scientists.

This study can help women around the world recognize that being thin is not always healthy.

On the other hand, being overweight is not healthy either. Every woman is unique and being healthy varies among body types. It is all about finding that balance. Kelly Brook is a great example of this.