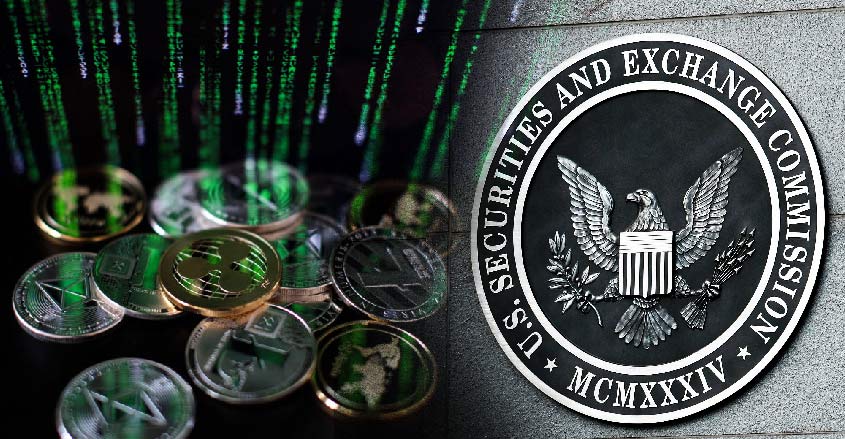 The U.S. Securities and Exchange Commission (SEC) — the government agency that ultimately will decide if cryptocurrencies are legit investments for Americans or not — has appointed a new crypto chief.

The announcement comes after previous news that the SEC appointed a cryptocurrency task force. The new crypto boss is Valerie A. Szczepanik.

“I am excited to take on this new role in support of the SEC’s efforts to address digital assets and innovation as it carries out its mission to facilitate capital formation, promote fair, orderly, and efficient markets, and protect investors, particularly Main Street investors,” Szczepanik said in a statement.

She will lead the application of securities laws to “digital asset technology and innovation.” This includes both existing cryptocurrencies such as Bitcoin and initial coin offerings (ICOs), which have been the occasion for SEC enforcement over investment scams.

Many experts consider the appointment appropriate as Szczepanik was the first SEC official to issue a statement on ICO projects.

She urged ICO projects to keep consumer protection at the forefront of their business practices if they wanted to survive and flourish.

“Whether or not you are regulated by the SEC, you still have fiduciary duties to your investors,” Szczepanik said.

“With her demonstrated skill, experience, and keen awareness of the importance of fostering innovation while ensuring investor protection, Val is the right person to coordinate our efforts in this dynamic area that has both promise and risk,” Clayton said.

Szczepanik’s position at the SEC is a newly created job. Her officially title is a mouthful: Associate Director of the Division of Corporation Finance and Senior Advisor for Digital Assets and Innovation for Division Director Bill Hinman.

To say the least, it is an interesting development because this new appointment indicates the SEC’s willingness to enter the crypto space.

What makes it even more interesting is the lack of any official regulatory framework coming from the SEC regarding cryptocurrency itself.

Kathryn Haun, who is on the board of directors at Coinbase, recently said cryptocurrency and blockchain regulation remains years away — and that’s okay.

Chairman Clayton and lawmakers have echoed this sentiment. Washington also doesn’t want to issue knee-jerk regulation that might interfere with innovation, a stance D.C. took for years with both mobile telecom and the Internet.

Nevertheless, Clayton has said he hasn’t seen an ICO token yet that doesn’t fit the legal description of a security, meaning he doesn’t see crypto as a currency or means of exchange but purely as an investment — and thus a target for regulation.

Haun’s line of reasoning appears to be that any early regulation is likely to quickly become obsolete, given the ever-changing nature of the blockchain and cryptocurrency space.

However, even quick-response regulation can be updated. Some experts believe that to do nothing in the name of innovation might do more harm than good. Certainly Facebook enjoyed years of light regulation and now its paying the price in terms of public trust.

Institutional capital, meanwhile, has been sidelined because of all the gray areas in the cryptocurrency space.

In fact, regulation — once it begins — could be the catalyst for a crypto market rally.