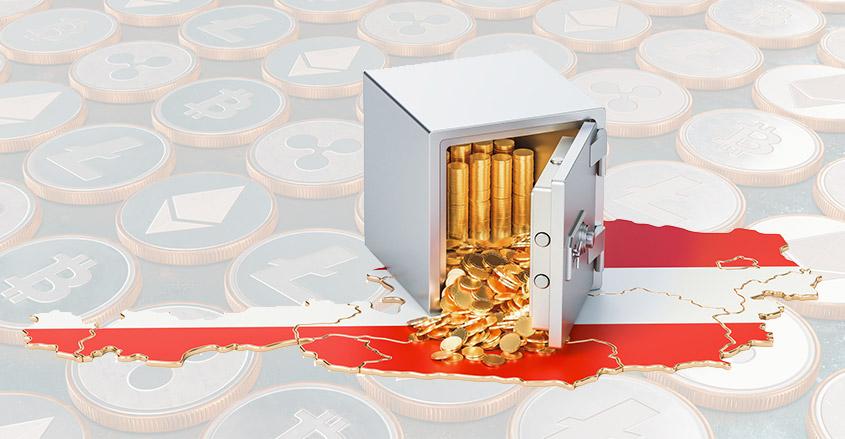 Hartwig Löger, the Finance Minister of Austria, is suggesting that his country and the broader European Union regulate Bitcoin the way it regulates gold and financial derivatives.

His reasoning appeared to be that authorities should incrementally find ways to control cryptocurrency usage before they potentially destabilize existing fiat currency payment infrastructure.

Löger stressed that the Austrian financial world is clamoring for regulation.

They warned, even “demanded” that Austria’s central bank, the Oesterreichische Nationalbank, as well as Austria’s Financial Market Authority (FMA), regulate the use of cryptocurrencies, he said.

The hope is that regulation will offset the risk of destabilization and the specter of more efficient money laundering.

“Cryptocurrencies are significantly gaining importance in the fight against money laundering and terrorism financing. That’s an important aspect for the changes we support. We need more trust and more security,” said Löger.

Cryptocurrencies are created anonymously online without the supervision or backing of central banks, financial regulatory bodies or governments.

They are also be traded and transferred anonymously with no regulatory supervision.

Löger, arguing from the stance that cryptocurrencies are ostensibly here to stay, offered several benefits that could come about from regulation and treating Bitcoin “similar to the trade in gold and derivatives.”

For one, under such potential cryptocurrency regulations, investors and speculators trading Bitcoin in financial markets would have to identify their trading partners — ending anonymity.

Cryptocurrency trading in excess of €10,000, about $12,220, would have to be reported to the anti-money laundering and financial intelligence units of the Austrian government.

Initial coin offerings, fundraisers designed to raise capital for potential cryptocurrency-centric enterprises, would have to be initiated via prospectus, pending FMA approval.

Löger did not indicate a timeline for introducing such proposals for legislative approval.