There is growing momentum that calls for Social Security benefits to be paid at a flat rate. This would be a huge departure from the current system.

As it stands, your Social Security benefit payment is based on three factors. These are:

This means that the average retired worker receives $1,500 a month in benefit payments from Social Security. The maximum benefit for someone at retirement age is slightly over $3,000.

As benefits are partly based on how much income you earn over your lifetime, those who earned more will receive more.

These benefit payments for high-income earners, while proportionally less based on the Social Security formula, are still of a greater magnitude than those benefits paid out to lower income workers.

The argument for “universal” Social Security — that everyone would receive the same income, regardless of working income — is that it would grant more assistance to people who live below the poverty line. 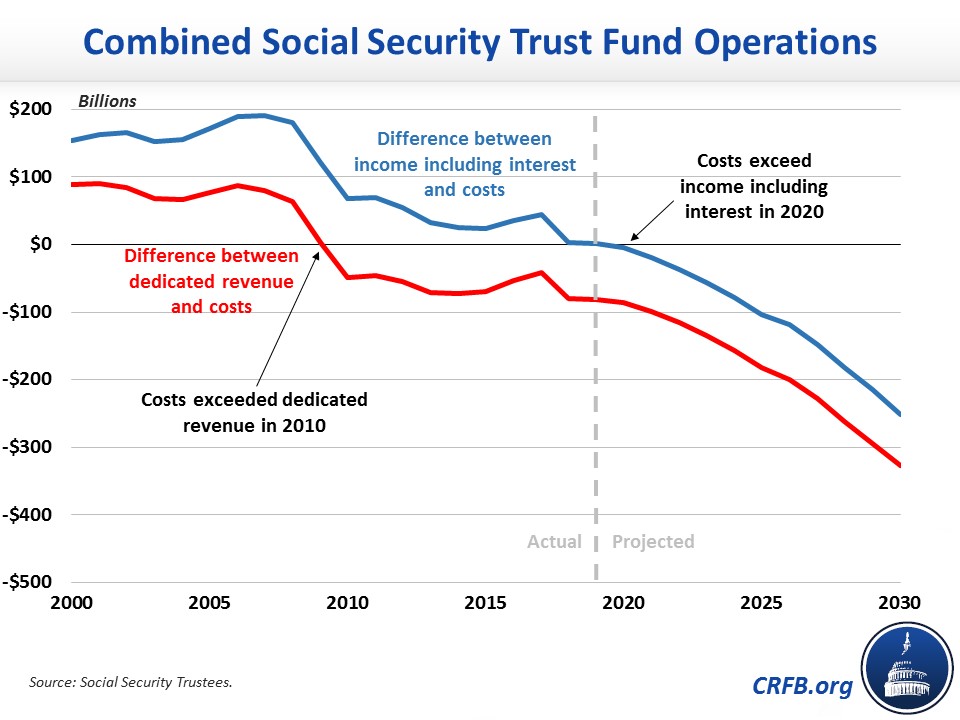 Of course, to make it work, those who earn a higher income would slowly see their benefits reduced. This kind of change would not happen overnight, and probably take a couple of decades.

Millennials are increasingly planning for a retirement that doesn’t include Social Security. The Wharton School at the University of Pennsylvania predicts that the Social Security fund may run out as soon as 2032.

The Bipartisan Policy Center, a Washington D.C. think tank, believes the fund could be exhausted as soon as 2028.

In response, the Heritage Foundation, a conservative think tank, has formulated its own plan as to what universal Social Security should look like.

It would include a tax break if you are self employed.  Right now, Social Security is funded through a payroll tax.

Self-employed, since they are both the employee and the employer, put 12.4% of their wages into the Social Security trust fund.

“We estimate that you could reduce the 12.4% tax down to 10%,” said Rachel Greszler, a research fellow at The Heritage Foundation.