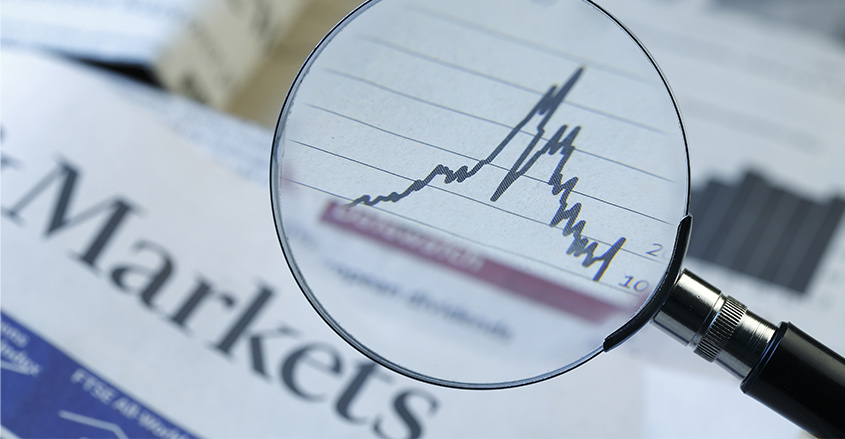 Warren Buffett, long acknowledged as one of greatest investors of all time, has sat atop the perch of his investment fund Berkshire Hathaway for more than 60 years.

An investor who purchased 50 shares of Berkshire in 1965 would now have an investment worth $20 million. Is it any wonder then, why investors the world over, express their reverence for Buffett by calling him the “Oracle of Omaha?”

Despite Berkshire’s sterling record however, many of its shareholders have become disenchanted lately and are calling for a change in investment strategy.

Given this persistent underperformance, many shareholders have begun to question the viability of Buffett’s investment strategy.

Because Buffett hasn’t found any companies to purchase that meet his strict investment criteria, Berkshire Hathaway has amassed a staggering stockpile of cash — $110 billion. Some investors want Buffett to stop hoarding cash and put those idle and unproductive funds to work.

In terms of price/earnings ratios, combined book value of the diverse companies in its portfolio and their intrinsic earnings power, Berkshire stock itself is selling at reasonable levels, relative to the S&P 500.

Indeed, some might call it a “bargain.” Ironically, as Dave Rolfe, chief investment officer at Wedgewood Partners in St. Louis noted, “Think of how the stock would have performed if Berkshire had steadily bought stock over the past 10 years rather than let all the cash build.”

Warren Buffett is a disciple of value investing, the principle of which he has embraced over his illustrious career and from which he has never wavered. One of the bedrock tenets of value investing is that astute investors will assiduously attempt to purchase only shares of those companies that are selling below their “intrinsic value.”

It is important to note that the market price of a company’s shares and intrinsic value can differ substantially. Buffett has always said that when he buys stock he is buying an interest in a business and not a piece of paper to be traded on a stock exchange.

Intrinsic value can be ascertained, in part, by analyzing a number of financial measures among which include the following: a company’s book value; its earnings power; its historical earnings per share pattern; its debt to equity ratio; its ability to consistently generate free cash flow; and its price/earnings ratio, as well as the nature of its business.

A company whose stock is selling below its book value per share is one indication the stock is a bargain because it is selling for less than the businesses liquidation value or assets on hand. As Buffet is fond of saying, “Price is what you pay, value is what you get.”

Proponents of value investing realize that the intrinsic value of a business often bears no relationship to the market price of its shares at any given time. Intelligent investors, will never follow the herd and, when warranted, will buck conventional wisdom and eschew stocks whose market price can never be justified by the company’s future earnings capacity.

In short, value investing can be summarized as a quest to find companies that are undervalued. Those individuals with the necessary temperament, will always invest with a “margin of safety,” to guard against market risk and to help insure that you never vastly pay more than a stock is worth.

Given these bedrock principles of value investing, to which Buffett has been wedded since his early days with Berkshire, it is no mystery why his investment fund has not made any significant purchases for its portfolio and indeed has underperformed the market as a whole for the past decade.

Some of Buffett’s critics have claimed that his unwavering belief in these value investing principles, which may have been appropriate for the heavy industrialized and fixed-asset companies of last century, is no longer germane in the 21st century tech world where many of the fastest-growing companies in this sector have limited hard assets but an unbroken string of earnings.

Buffet has acknowledged that he missed out on Amazon and other members of the high-flying tech sector. Nevertheless, Buffett has some pertinent responses to his critics.

First, it should be noted that the bull market of the past decade flourished in an environment of historically unprecedented zero interest rates and easy money that propelled all the major indexes. It is also important to note that the surging market of the past decade that followed an unbroken upwards trajectory was fueled in large part by only a few of the tech giants in the FAANG group of stocks: Facebook, Apple, Alphabet, Netflix and Google.

The current prices of many of these stocks and others, bear no relationship to their intrinsic worth as ongoing businesses. As Buffet noted in 2017, “Prices for decent, but far from spectacular, businesses hit an all-time high” in 2017. As Buffett further observed, “Indeed, price seemed almost irrelevant to an army of optimistic purchasers.”

Buffett has amassed a large cash position, because he simply could find no suitable candidates to purchase that were selling below their intrinsic value. The past decade has favored “momentum” or growth stocks, such as members of the FAANG group, that seem to rise continually, regardless of underlying business conditions.

Nonetheless, Buffett purchased a 5% stake in Apple, and he intends to purchase more — if the stock becomes cheaper — thus remaining loyal to his value-investing approach.

There are two ways that Buffett can assuage growing investor dissatisfaction with Berkshire’s underwhelming performance. One is to purchase the company’s own stock. The other is to start paying shareholders a dividend.

Buffett’s justification for piling up huge amounts of cash, is that he wanted enough financial firepower to purchase good companies whose stock may have dropped significantly due to a market decline.

However, Berkshire’s swelling cash balances are now simply too great not to return some of that money to shareholders.

The difficulty however is the paltry number of buybacks that has been made to date. Berkshire bought back $1.7 billion in stock in the first quarter of 2019. This represents less than 0.25% of the company’s $520 billion market capitalization. Over the same period, Berkshire’s cash pile increased to $114.2 billion from $111.9 billion.

Buffett seems to have relented and promised recently to commit Berkshire to purchasing $100 billion of its shares. Stock repurchases are favored by Berkshire shareholders, because it would increase earnings per share and the price of the stock would likely increase as outstanding share balance would be reduced.

One fund manager, Bill Smead of Smead Capital Management, who owns Berkshire stock, says ideally, he would like Berkshire to spend at least $5 billion per quarter of share buybacks. Smead argues that amount would not dent Berkshire’s cash position, given the earnings power of its constituent businesses.