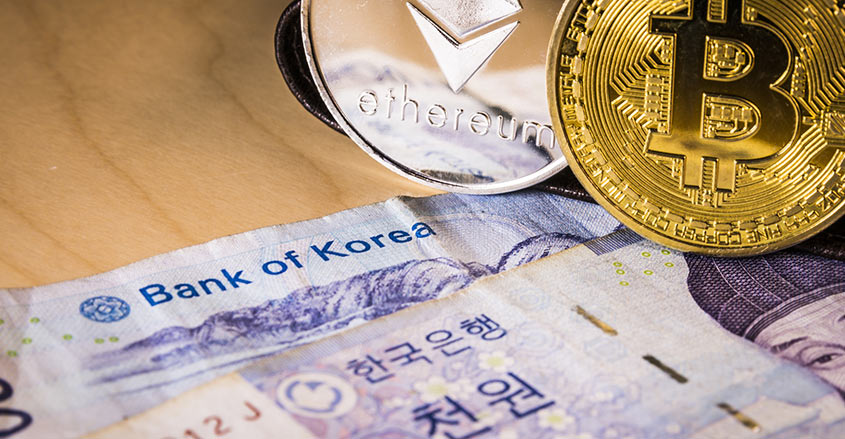 Korbit, a South Korean cryptocurrency exchange, has banned non-citizens from depositing the Korean won, will require proof of identity for all accounts, and will ban minors from trading.

This is in line with the South Korean government’s new rules intended to dampen crypto mania. South Korean citizens have been borrowing hundreds of thousands of dollars to speculate on cryptocurrencies, criminals are using cryptos to launder money, and foreigners are selling cryptos at 10% to 20% premiums over market rates.

Initially, it’s not totally clear what penalties will be levied for non-compliance.

South Korea accounts for 15% of all crypto trades. Chinese exchanges had begun to open South Korean branches after Chinese authorities banned crypto trades on the mainland.

These rulings came down after numerous reports of South Korean “Crypto Zombies” trading for days on end without sleep, food, or sunlight.

South Korea also announced it would tax profits from Bitcoin. If Seoul follows the U.S. tax rulings, that would mean a tax on every single Bitcoin transaction.

The South Korean government has said it will not outright ban Bitcoin or cryptos because it doesn’t want to stifle fintech innovation. The government also has outlawed banks from owning cryptocurrency, buying or selling it, or mortgaging them.

Overall reaction has been negative, but a small and vocal minority of crypto enthusiasts are actively supportive.

They point out that limiting the cost of a crypto or token increases its utility as a method of exchange rather than a store of value, allowing 2.0 and 3.0 blockchain companies to deploy innovations without speculators pumping and dumping their tokens.

The overall Bitcoin market has fallen on the news, but other factors seem to be driving that dip.

Bitcoin took a similar dip back in December, for instance, when the potential ban was first announced. This announcement from the Korean Ministry of Justice has sparked new fears of an overall ban.

“Cryptocurrency speculation has been irrationally overheated in Korea,” the government said in the Dec. 28 statement, which came a little more than a week after the bankruptcy filing of one South Korean exchange.

“The government can’t leave the abnormal situation of speculation any longer.”

There are legitimate concerns that this dampening could continue to other Asian markets that have been big parts of the Bitcoin rise including Japan, Singapore, and Hong Kong.

“Regulators are getting so concerned that this is primarily and predominantly a retail phenomenon,” said Stephen Innes, head of trading for Asia Pacific at Oanda.

“Regulators not only in Asia but globally are going to start addressing this fact because I don’t think they’ve actually come to terms with what the absolute downside of a complete drop in crypto means for the economy.”

It’s also possible that blockchain 2.0 companies like Ethereum will continue to take investment from Bitcoin, with ICOs occurring nearly daily.

Regardless, the South Korean crypto zombies will have plenty of other cryptos to obsess over in 2018.