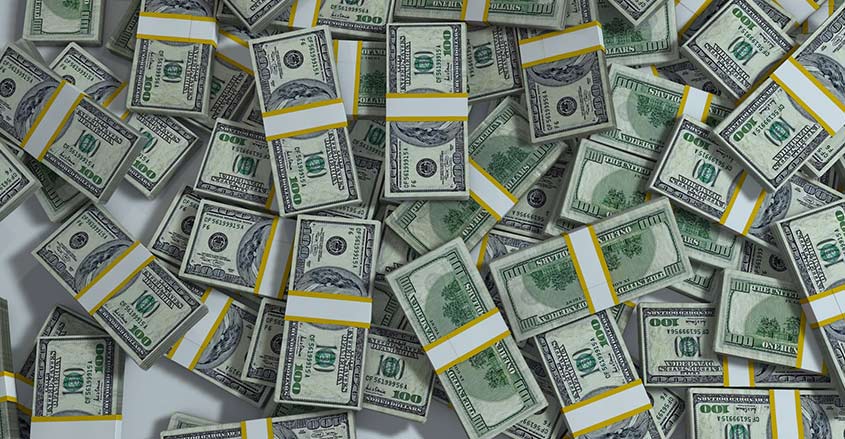 Modern Monetary Theory, MMT, is an economic idea that has found support with progressive politicians such as Sen. Bernie Sanders and Rep. Alexandria Ocasio-Cortez.

The principle behind MMT is that the government can print more money to pay for deficit spending.

Scott A. Wolla, of the St. Louis Fed, and Kaitlyn Frerking, a student at the University of Missouri, have strongly warned the government against implementing MMT-like policies.

“A solution some countries with high levels of unsustainable debt have tried is printing money,” they write.

“In this scenario, the government borrows money by issuing bonds and then orders the central bank to buy those bonds by creating (printing) money.”

“History has taught us, however, that this type of policy leads to extremely high rates of inflation (hyperinflation) and often ends in economic ruin.”

The paper goes on to cite Weimar-era Germany, Zimbabwe in the 2007-09 period, and Venezuela currently, as countries that adopted MMT-like policies and saw their economy go into ruin.

Ray Dalio, co-chairman and co-chief investment officer of the hedge fund Bridgewater Associates, also has weighed in on the MMT debate.

While Dalio has not explicitly come out for or against MMT, he has said that MMT policies being implemented in the future are “inevitable.”

“To me, the most important engineering puzzle policymakers around the world have to solve for the years ahead is how to get the economic machine to produce economic well-being for most people when monetary policy does not work.”

However, Dalio is not blind to some of the shortcomings found within the MMT philosophy.

“The big risk of this approach arises from the risks of putting the power to create and allocate money, credit, and spending in the hands of politically elected policymakers,” Dalio wrote.