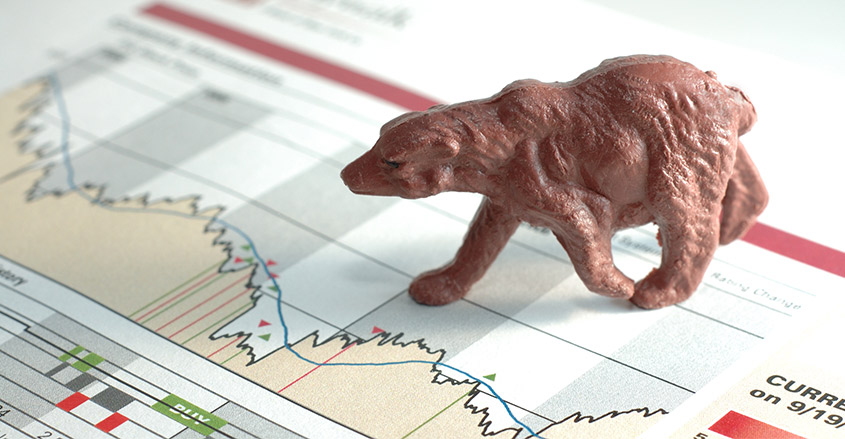 Investors have been anticipating a bear market for a while now. One such investor is hedge fund guru Stanley Druckenmiller.

Druckenmiller started his own fund, Duquesne Capital, in 1981. He managed George Soros’s Quantum Fund between 1988 and 2000.

Druckenmiller has identified three events that may finally tip this long-running bull market into a bear market.

“If there’s a political event, [a] change of leadership in the White House that goes to some of the anti-capitalists,” he said.

“I would think that would definitely trigger a bear market, whether it would permanently end the bull market, I do know, but that would trigger it.”

The next event Druckenmiller highlighted is inflation.

“The other thing that would obviously trigger it is if by the end of this year we started to get enough inflation that the Fed started tightening,” said Druckenmiller.

“And of course the other thing is if we had a credit event.”

“And if you look at the credit markets, it is very obvious that you’ve got a really lot of bad apples out there that are not being exposed because the interest costs are so low,” he said.

Another Wall Street guru sounding the alarm is Dennis Gartman, author of the well-respected Gartman Letter.

The newsletter serves a corporate audience who pay $500 a month for the daily updates from Dennis Gartman himself.

Gartman just recently announced the surprise end to the newsletter after 30 years of publication. Before leaving, however, he did touch upon what he believes is an approaching bear market.

Gartman said a bear market would “do real and perhaps severe damage to portfolios everywhere.”

The “kids market” phrase was coined in the 1960s by Adam Smith, and the phrase refers to a market where the investors making the most profit are too young to remember the last bear market cycle.

Gartman’s advice? “Don’t follow anyone who hasn’t been around for at least an entire cycle.”