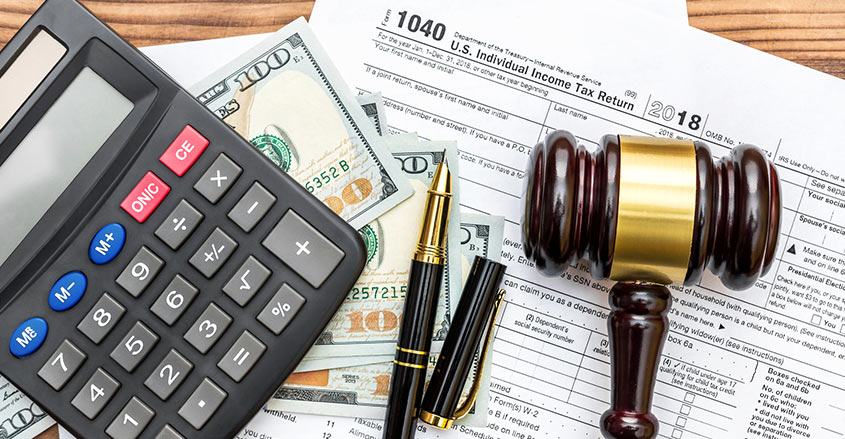 Did you know that about 45% of Americans pay nothing in federal income taxes?

Almost 80 million American households paid zero in federal taxes in 2018. This isn’t an issue of tax avoidance. People who make less than $10,000 a year are exempt, though they still pay payroll and sales taxes.

Many people also benefited from the Tax Cuts and Jobs Act of 2017, which was signed into law in December 2017. It doubled standard deduction for single filers to $12,000 and doubled the estate tax deduction.

While that sounds like it was by design, it is more of unintended benefit. There is no question that the Tax Cuts and Jobs Act of 2017 benefits the wealthy elite and the vaunted 1% far more.

The rich have been flaunting their ability to shun paying taxes for a very long time. There are law firms that have existed for over a century just for this purpose.

The rich also use donor-advised funds, charities, shell companies, and the manipulation of tax policy to dodge taxes.

Unsurprisingly, there have been proposals to tax the rich more directly and to penalize them for using legal loopholes to get out of paying taxes.

The United States government collected more than $2.3 trillion in taxes in 2018. As a group, the richest people in the country pay about 70% of all federal taxes in the country.

How much people pay in taxes depends on their income level, tax bracket, and marital status among other factors.

While rich people paying 70% of federal taxes, that figure only applies to income that they willingly reveal. Many rich people use lawyers and political manipulation to hide money and assets from the taxman.

In fact, many wealthy people have been legally paying about 12% in taxes relative to their income since 2012.

Many millionaires and billionaires use tax havens and the manipulation of international law to pay nothing in taxes on the income they hide from the American government.

All of this can be done legally. These tax-dodging techniques, and more, were recently revealed in the so-called Panama Papers.

The Panama Papers is a journalistic expose that revealed how rich people, celebrities, and corporations use legal machinations to avoid taxes. The, “Panama” in the Panama Papers are named after an offshore firm called Mossack Fonseca, based in Panama.

Such firms are notorious for hiding wealth, setting up shell companies, and manipulating laws in tax-lenient countries to help clients hide as much of their wealth as possible.

Yes, the richest people in America pay about 70% in federal taxes. But really, they are hiding a lot more income, offshore and internationally, that would dramatically inflate their U.S. tax bill.

Every year the United States loses more than $70 billion in taxable revenue because the wealthy and global corporations shift and hide their money in international tax havens.

That number represents almost a fifth of the business tax revenue collected by the United States in a year.

It turns out that hiding $70 billion is chump change. Almost $9 trillion more is hidden in offshore tax havens and international bank accounts by the wealthy on a global scale.

That’s the equivalent of almost 12% of global GDP.

Tax avoidance techniques of the rich

More than 63% of American business profits are generated outside of the United States are made through multinational companies based in tax havens.

These countries tax the rich and global businesses in small or zero percentages. Among them are Bermuda, the Cayman Islands, Guernsey, Ireland, the Isle of Man, Luxembourg, Mauritius, the Netherlands, Singapore, Switzerland, and more.

Many rich Americans have ended their American citizenship and have become Singaporean citizens to protect their fortunes from proportional tax bills in recent years.

Some companies, such as Google, transfer operational stewardship of a subsidiary to Ireland. Meanwhile, the operations in Ireland are officially managed in Bermuda.

That way, any revenue generated in Europe through Ireland can then be sent to Bermuda, hidden from American taxation. The technique is much more complicated than that, of course, using shell companies, shifting bank accounts and so on.

Why all of the tax law subterfuge? Because the corporate tax rate in Bermuda is zero.

The rich also use philanthropy to protect their fortunes from taxation. Donor-advised funds allow the rich to give money and assets to charities, hospitals, and schools.

They give away the money but retain control. Charitable endeavors could be made to wait months, years, or decades. Meanwhile, the benefits of tax breaks are immediate.

Many critics of elite tax avoidance believe that hiking taxes on the rich as much as 45%  might be the solution. Such a measure could generate an extra $276 billion in tax revenue.

Doing so might eliminate federal borrowing, trim the deficit, and help pay for social programs. Capital gains taxes, the profits generated from investments, could be taxed more.

Or tax law loopholes could be permanently closed, like the one that allows real estate owners to dodge capital gains taxes by using the profits of one investment to buy another one.

Again, this is easier said than done. For one thing, the wealthy have disposable income dedicated to paying experts to hide their wealth.

For another thing, American politicians are loath to enact legislation to heavily tax the elite.

It’s easy for the wealthy to pay to manipulate tax laws, codes, and policies to their benefit.

“There’s this notion that the wealthy use their money to buy politicians… more accurately, it’s that they can buy policy, and specifically, tax policy,” said Bernstein.

“That’s why these egregious loopholes exist, and why it’s so hard to close them.”

While taxing the rich in a fashion proportionately fairer to the rest of us is plausible, it won’t be probable anytime soon. Not while the rest of us are paying taxes on incomes we can’t afford to hide.