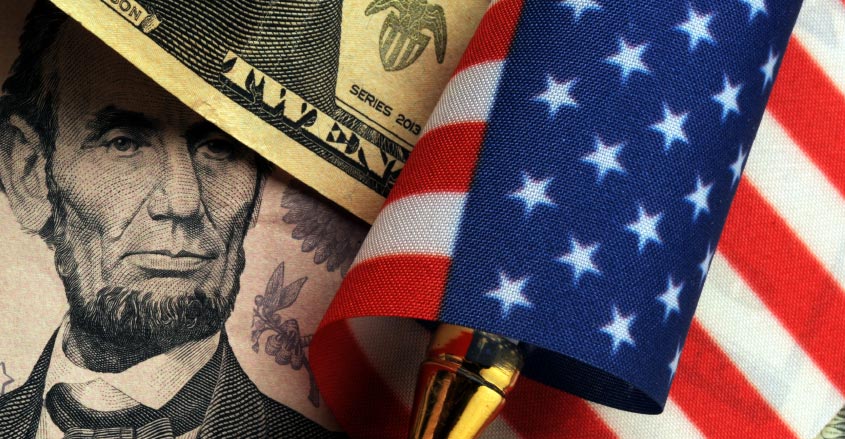 Global levels of wealth inequality are higher than ever.

Wealth has been concentrated among elite individuals and dynastic families by widely disproportionate levels for decades. Nevertheless, according to Gabriel Zucman, a University of California economics professor, socioeconomic data analyst, and expert on wealth inequality, the problem hasn’t been this bad for over a century.

In a recent paper on the issue titled “Global Wealth Inequality,” Zucman wrote that, “U.S. wealth concentration seems to have returned to levels last seen during the Roaring Twenties.”

Consider: Income growth for the 1% has surged by hundreds of percentage points since 1980. A study by the University of Chicago’s Booth School of Business showed that the income for 0.001% of wealthy Americans increased by 636% between 1980 and 2014.

Harold Gold, who runs an economics blog associated with the university, wrote, “The average pretax income of the bottom 50% of U.S. adults has stagnated since 1980, while the share of income of U.S. adults in the bottom half of the distribution collapsed from 20% in 1980 to 12% in 2014.”

Defenders of the wealthy 1% argue that some classes of people just don’t work hard enough. The issue is deeper than that. Income growth for the wealthy has outpaced the working and middle class for decades. Global tax havens and the transfer of wealth within dynastic families is a factor as well.

Before we can dissect the causes, and possible solutions to wealth inequality, let’s define wealth. “Wealth” is a signifier of a person’s net worth minus any debt.

In that sense, wealth can be considered the value of a person’s home, properties, financial investment portfolio, bank accounts, material possession of value, and so on. Cars, furniture, and other items that rapidly depreciate in value do not count. Keep in mind, the less debt you have the wealthier you are.

About 400 wealthy Americans, the top 0.00025%, own more wealth than the bottom 80% of the country. Since 1980, this micro-percentage of the rich have increased their net worth by a factor of four.

In another context, 400 wealthy Americans now own more wealth than 150 million Americans in the bottom 60% of the population.

Meanwhile, the amount of wealth shared by working- and middle-class Americans has dwindled appreciably. According to the World Inequality Database, the bottom 60% of the population owned about 5.7% of wealth in 1987.

It’s easy to claim that most people don’t work hard enough or take on too much debt. What cannot be dismissed is that incomes for average Americans have remained stagnant for decades.

Edward N. Wolff, an economics professor at New York University, addressed the issue in a recent study. Adjusting for inflation, the average American household had a wealth value of about $80,000 in 1983.

We may not be able to accurately assess disparities in wealth inequality anytime soon, according to Zucman. “Recent studies may underestimate the level and rise of inequality, however, because financial globalization makes it increasingly hard to measure wealth at the top,” Zucman writes.

In short, some people are so rich we can’t even recognized how rich they really are.

As for the argument that all wealthy people create their own wealth, there are caveats. Of the 400 richest Americans, about 136 gained their wealth by being born into it. In other words, more than a third of America’s richest people were born into a wealthy family businesses or gained wealth through inheritance.

Since 1982, American dynastic families have seen their wealth increase a combined average of 6,000%. Adjusting for inflation, the Waltons (Walmart) were worth about $1.8 billion in 1982. They are now worth about $170 billion, an increase of about 9,257%.

Jeff Bezos, Warren Buffett, and Bill Gates combined own more wealth than the bottom 50% of Americans.

Everyone on the Forbes 400 list has a combined worth of $2.89 trillion. About 45 individuals own half of that estimated wealth.

This amount is more money that the GDP of Britain, which is the fifth-largest world economy.

Jeff Bezos’ wealth increased by $78 billion in 2018. The average Amazon worker must work 2.5 million years to match that.

Cause of wealth inequality

There are no universally agreed upon causes for wealth inequality. Some analysts believe that the problem will persist as long as rich families can hide money or transfer large amounts to heirs. Zucman believes that global tax havens are a prime cause.

“Statistics recently released by the central banks of a number of prominent tax havens suggest that the equivalent of 10% of world GDP is held in tax havens globally,” he writes.

Other analysts believe that “wealth bubbles” created by Federal Reserve market meddling and the asset inflation of stocks and bonds causes wealth inequality. Of course, this argument suggests that wealth inequality is a temporary condition and subject to change.

On other hand, what’s a few billion more or less when you have hundred of billions on hand?

Wealth inequality is not a new social problem. Some wealth is naturally dispersed in wealthy families due to the financial mismanagement of succeeding generations.

Critics of the 1% have proposed taxing the rich or large, generational inheritances. There are proposals to shut down tax havens without actionable plans to do so. The fact is that income and wealth inequality is a problem that is not going away anytime soon.