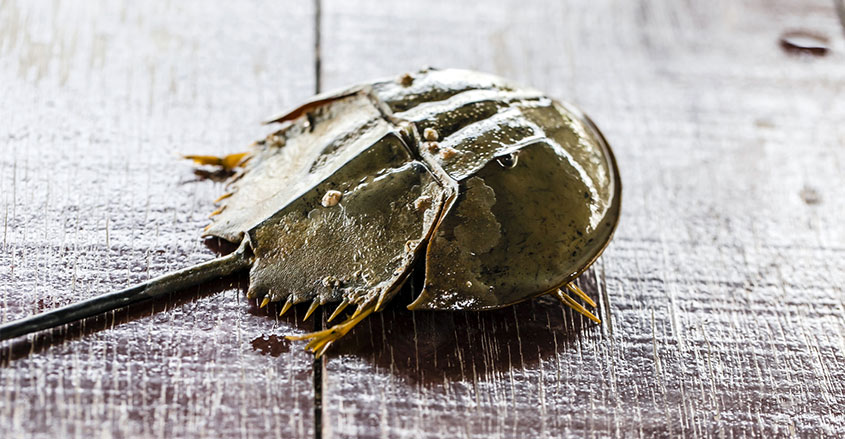 There are three facts about the horseshoe crab that you may not know. For one thing, horseshoe crab roe is considered a delicacy and aphrodisiac in many parts of Asia.

Secondly, the horseshoe crab is a prehistoric living fossil that has outlived extinction-level events.

Finally, every person on Earth who has depended on hygienic, bacteria-free medical injections and implants since the 1960s owe it all to blue-colored horseshoe crab blood.

Horseshoe crab blood is so vital to the medical industry as a contamination detector that it is worth over $14,000 a quart.

Horseshoe crab blood contains a clotting component that is isolated and used to create Limulus Amoebocyte Lysate, or LAL. A minute amount of LAL can detect harmful bacteria like E. coli in a vaccine, a medical implant, or in a vaccine.

Once LAL detects bacteria, it encloses the bacteria in a gel-like barrier. This reaction alerts scientists to the presence of contamination.

This is why horseshoe crab blood is worth about $60,000 per gallon. It’s an important element in many FDA medical testing programs.

Since horseshoe crab blood is so medically valuable, collecting it has become big industry.

Unfortunately, the unchecked collection procedures for the blue blood may cause the extinction of the prehistoric creature.

More than 600,000 horseshoe crabs are collected along the U.S. East Coast annually. The creatures are also collected for the medical industry along the eastern coasts of Mexico and China.

The International Union for the Conservation of Nature listed the American horseshoe crab as a vulnerable creature in 2016. That’s one rung below the “endangered” list.

Some research suggests that horseshoe crab populations might drop by over 30% over the next four decades if medical collection isn’t regulated.

Otherwise, a 450 million-year-old creature could be driven to extinction for the profit margins of a modern medical industry that depends on it.