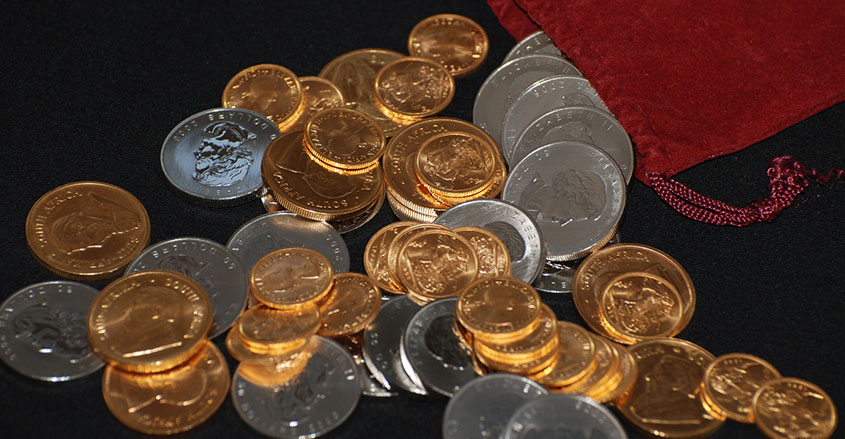 A rare metal, a vital component in the production of catalytic converters, has for the first time two decades has surpassed gold as the most valuable metal on Earth.

That makes Palladium has been the best performing precious metal commodity for over two years straight. Since August 2018, when palladium posted a record low trading value, it has since soared over 70% in value.

And consider this: A decade ago, an ounce of palladium was barely worth $200.

The Rise of Palladium

There are many legislative, political, and even scandalous factors contributing to palladium’s current rise in value. One is the renewed enforcement of enhanced vehicle emission standards in Europe.

The decline in the popularity of diesel engine automobiles has increased demand for hybrid and more environmentally friendly gas-burning automobiles as well.

The scarcity of the metal, plus the recent Volkswagen emissions scandal of 2015, has only added to the palladium demand.

If you are investing in palladium, however, now might be your only window of opportunity.

Some traders theorize that platinum may displace palladium, since it is cheaper. Also, the inevitable transfer to electric cars will soon make palladium’s use in pollution control devices obsolete.

For now, though, criminals are stealing catalytic converters from automobiles to sell palladium components inside them for cash.

A catalytic converter can contain anywhere from three to seven grams of palladium or platinum.

Yes, the palladium craze has gotten that serious. Before we do a deep dive behind palladium’s rise, and how long it might last, let’s better define palladium and its uses.

Palladium is a silvery white metallic element. It is used in a vast array of industries and products. Palladium can be merged with gold as an alloy to create white gold jewelry.

A catalytic converter is a device that employs the use of catalysts, like palladium, to scrub and screen out toxic pollutants from the engine exhaust of automobiles.

The exhaust pollutants are then converted into carbon dioxide or water vapor.

A major reason for the rise in palladium is the fact that Europe is shifting away from diesel engine cars in a major way. Over half of the cars in Europe run on diesel.

However, in recent years, various European authorities have instituted the so-called “European Standard.” The European Standard is an environmental friendliness scale for automobiles that differentiate from the most to least polluting vehicles.

Hamburg, Germany and Brussels, Belgium both prohibited older model diesel burning vehicles from their streets in 2018. In the coming months and years, all European vehicles within the Euro 1 to Euro 6 scale, and especially diesel models, could be outlawed or severely restricted.

Bienkowska said in mid-2018 that in the wake of the 2015 Volkswagen’s emission cheating scandal that Europe was moving towards, “cleaner cars.”

“Diesel cars are finished…I think in several years they will completely disappear,” she said.

This increase in palladium use may be attributable, in part, to the Volkswagen scandal of 2015. The German automobile company allegedly rigged vehicles with software to trick American emission control standards.

Since then, many governments and countries have gone out of their way to augment smog pollution regulations on automobiles, especially in terms of diesel.

Another major factor benefitting palladium’s value is that the metal has been made to be even scarcer thank to its renewed popularity.

Only one precious metal corporation in Russia, Nornickel, produces 40% of the planet’s supply of palladium. The company is set to invest more than $12 billion in an initiative to strategically increase output by 2025.

R. Michael Jones, the chief executive of Platinum Group Metals PLG, explains palladium’s rarity this way: “There are dozens of gold mines around the world … There are only two primary palladium mines in the world and two new mines in South Africa in development.”

A short window of opportunity

Gold should reclaim its place as the most valuable precious metal. Over the next decade or two, as the automotive industry’s manufacturing infrastructure convert to electric, palladium should fall in value on falling demand.

Palladium is one of three elements that can be found in a catalytic converter. The others include rhodium and platinum.

There is some speculation that since platinum is cheaper than palladium, at about $800 an ounce, the automotive industry could switch to platinum as its primary catalyst. In fact, the industry switched from platinum to palladium from 2001 to 2017 when palladium was much cheaper.

While possible, such a changeover is improbable. It would involve switching the established supply-chain and manufacturing system of catalytic converters from palladium back to platinum again.

This would be a logistics nightmare and financially impractical, especially with the coming dawn of next-generation electric cars.

Experts say it would take a $500 spread in the prices of platinum and palladium over at least two years before a switch would make sense.

Until then, astute traders could use supply and demand factors to trade this metal for a quick profit.