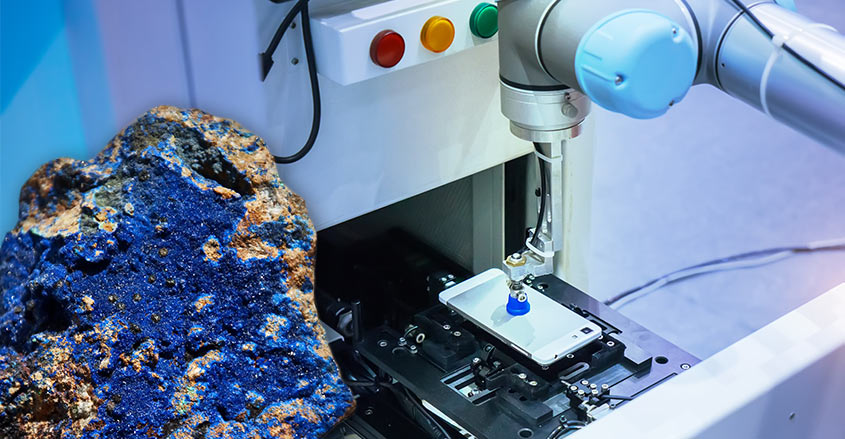 The all-stock deal is reportedly worth about $116 million dollars. The buyout also represented a 61.8% premium to the closing stock price of US Cobalt shares on March 13.

Cobalt prices have surged over 60% over the past year in anticipation of global consumers switching from fossil-fuel powered to electric cars in the coming decades.

Cobalt is used in the production of lithium-ion batteries found in products like electric cars, smart phones and computer chips.

First Cobalt, which is developing 50 mining facilities in Ontario as well as mill and refinery, will assume control of US Cobalt’s mineral exploration facilities in Idaho and Utah.

“The Idaho project is at a more advanced stage than our work in the Cobalt camp in Ontario. The appeal to us is that it is a faster pathway to production,” said Mell.

The Canadian mining company’s takeover of US Cobalt was strategically timed to take advantage of a projected boom in the production of electric cars and smart devices.

Industry experts have warned that global supplies of cobalt may begin to dwindle significantly by the year 2050.

“We foresee a shortage of cobalt over the next five years yet there are few companies doing significant work to identify new sources of supply,” Mell said.

“This transaction creates a larger platform to discover and develop cobalt projects for the growing electric vehicle market by combining high quality North American assets in two of the best cobalt jurisdictions outside the” Democratic Republic of Congo, a major global supplier in Africa.

The company is primed to become significant supplier in the cobalt industry in its own right.

First Cobalt’s acquisition of US Cobalt may prove to be a financially shrewd move in light of mining industry legislation recently enacted in the DRC.

International mining companies working in DRC previously paid a 2% royalty to mine in-country, the percentage will rise to 10% after the strategic designation.

First Cobalt, which mostly operates as a mineral exploration company, did not announce when mining and refinery operations would officially begin. There are no active cobalt mining operations in North America.

The London Metal Exchange listed the trading value of cobalt at $88,375 per ton.