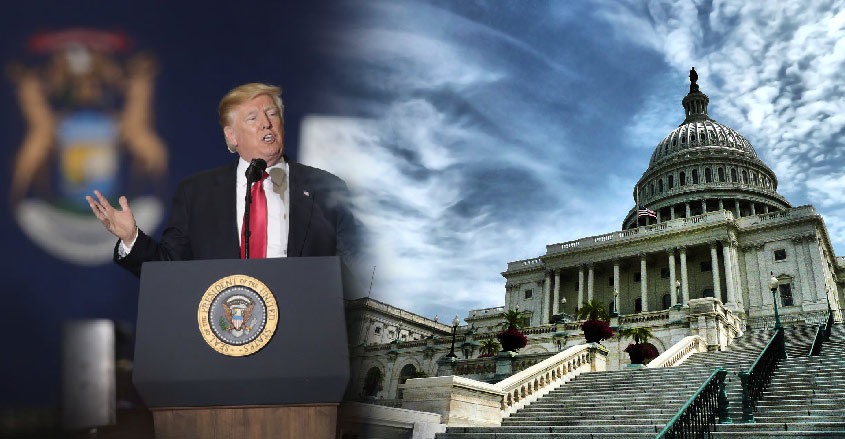 In early May 2018, the Trump administration sent a letter to congressional leaders to propose over $143.5 billion in federal budget cuts.

The staggering budget cut proposal amount would target the retirement funds of federal employees and follows a historic tax cut expected to balloon the deficit for years into the future.

In fact, the United States has steadily employed about 2 million over the last three decades.

That number increases to over 2.6 million when you factor in current retirees and beneficiaries.

The proposed cuts to federal employee retirement benefits would extend over a period of a decade.

J. David Cox Sr., president of the American Federation of Government Employees, is an ardent critic of the cuts and advocate for federal pension plans.

“As Wall Street shareholders are reporting record profits and the wealthiest 1 percent are basking in their massive tax cuts, President Trump believes the career employees who keep the government running deserve another cut, this time to their retirement,” Cox added.

One budget cut proposal includes basing federal pension payout on a five-year average instead of the current three-year average.

The second proposal would increase contributions to retirement plans while foregoing benefit increases.

Under the proposal, contributions to federal retirement plans would increase by 0.8% against current basic pay.

In the letter to Ryan, Pon frames the move as a boon to federal employees.

“Under this proposal, FERS employee deduction rates will increase by 1 percent per year until they reach 7.25 percent of basic pay. … This proposal would require FERS employees to fund a greater portion of their retirement benefit,” Pon wrote.

The third proposal would significantly reduce or eliminate cost-of-living adjustments for federal employees.

Pon wrote that the Trump administration plans, “to reduce the cost-of-living adjustments (COLAs) under the Civil Service Retirement System (CSRS) by one half of one percent and to eliminate COLAs under the Federal Employees’ Retirement System (PERS) for current and future retirees.”

No timetable was given to explain when such cuts might be up for congressional debate or legislation.

Ryan’s response to Pon’s letter, if one exists, has not been made public.