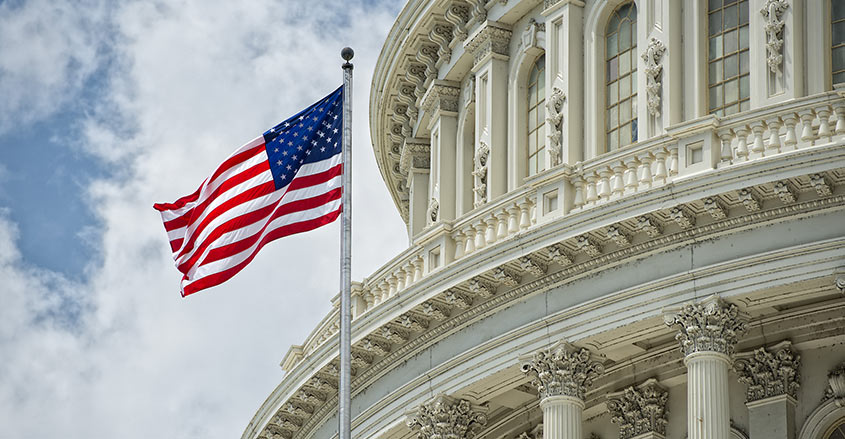 Although I was initially convinced that President Trump would be reelected in a landslide, his pathetic performance during the first presidential debate on September 29 now has me, and many other people, concerned about his chances for reelection.

Due to that uncertainty, and the fact that the readings on several economic indicators suggest that the pace of U.S. economic growth will slow considerably during the fourth quarter of this year after sharp third-quarter growth, I expect U.S. stock prices in general to trade in a volatile sideways range between now and the November 3 elections, with a tug-of-war likely occurring between optimistic and pessimistic stock market participants.

What to do, now and after the elections

So, what should you do in the meantime? Nothing, other than to continue to hold all of my currently recommended securities and to place sell-stops on a few of those stocks, which I discuss in this issue.

However, after the final results of the November 3 U.S. elections are announced, I would likely advise our subscribers to get fully invested in stocks, in the event that President Trump were to be re-elected and Republicans retain control of the Senate. That’s primarily because I would expect U.S. tax rates to remain at relatively low levels and for further reductions to be made in government regulations of U.S. businesses under a second-term Trump administration.

Such a development likely would lead to substantial improvements in the economic sentiment of U.S. business owners, who are responsible for creating approximately 65% of all new U.S. jobs, and result in those business owners increasing the sizes of their workforces.

Meanwhile, there’s a good chance that vaccines for COVID-19 soon will be available, as several pharmaceutical companies are in the final stage of clinical trials for developing vaccines for that virus.

If that were to occur, I would expect most people to become substantially less concerned about contracting and dying from COVID-19 and to therefore begin to live in much of the same ways that they did prior to the outbreak of that virus, such as going to restaurants, sporting events, musical concerts, parks and beaches on a regular and frequent basis.

Once vaccines for the virus are available, government officials who previously forced thousands of businesses to close, claiming that they were trying to protect people from contracting and dying from COVID-19, would realize that they would have a poor chance of getting re-elected if they continue to force businesses to remain closed and require people not to congregate. Therefore, those government officials would likely terminate any restrictive measures that they previously implemented regarding the virus.

Hence, once vaccines for COVID-19 are brought to market, I would expect thousands of U.S. businesses that were forced to close between March and June of this year to re-open and for new businesses that offer similar products and services to replace many of the businesses that remain closed.

I thus would expect the U.S. employment situation to improve substantially and for the country’s number of employed persons to rise to levels prior to the outbreak.

Lastly, in the event that President Trump is re-elected, I would expect the president almost immediately to send the National Guard to U.S. cities that have been plagued by riots regardless of whether government officials in those cities ask the president to do so, as the Insurrection Act of 1807 empowers the president to deploy the U.S. military and federalized National Guard troops to suppress civil disorder in the United States.

Such an action would also bode well for the future direction of the U.S. economy, as businesses that have closed as a result of riots would likely reopen once they were assured of being protected from potential rioters. In summary, if Trump is reelected I expect stock prices in general, including my stock recommendations, to perform very well in the year ahead.

In contrast to a Trump second term, I likely would advise subscribers to get mostly out of stocks and to buy one or more inverse-equity ETFs — exchange-traded funds structured to move higher when stocks move lower — in the event that Joe Biden is elected as the next U.S. president and Democrats were to take control of the U.S. Senate, due to Biden’s numerous socialistic government proposals.

Biden has tried to convince Americans that he’s not a socialist, saying on a few occasions, “Do I look like a socialist?” I have no idea what a socialist looks like, as three of the better-known socialists over the past century — Mao Zedong, Fidel Castro and Hugo Chavez — looked very different from one another.

However, several of Biden’s government proposals, a few of which are outlined below, are extremely socialistic. Among these are to:

In addition to his socialistic proposals, Biden has proposed increasing U.S. tax rates on both individuals and corporations. And, he’s proposed allowing illegal aliens to remain indefinitely in the United States; allowing foreigners who seek a U.S. visa or legal permanent residency to enter and remain in the United States, even if they’re unable to support themselves; and providing a pathway to citizenship for all illegal aliens who are up-to-date on their income taxes and have passed a background check.

An implementation of Biden’s proposals would likely lead to a considerable and prolonged downturn in the U.S. economy, to massive increases in the size of the country’s debt, and to sharp declines in U.S. stock prices.