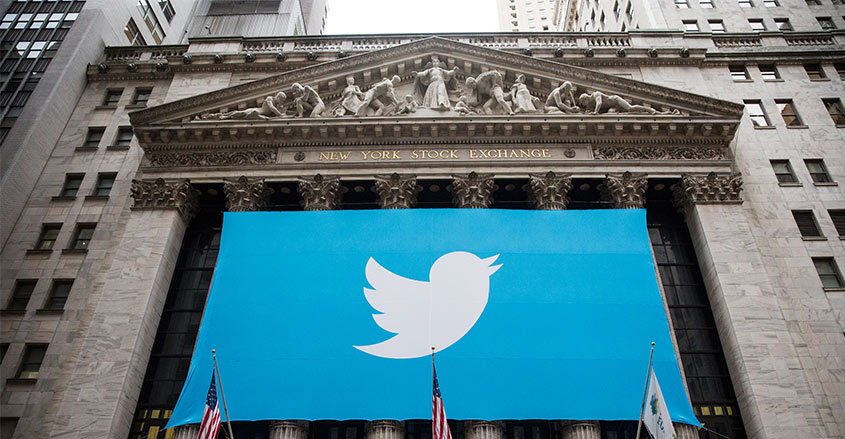 In the wake of Google and Facebook placing bans on cryptocurrency ads social giant Twitter has decided to follow suit — despite moves by its own CEO to promote Bitcoin with little reservation.

Sky News reported that the social media giant is preparing a ban that would prohibit all advertisements from the sector. There has been no official statement from Twitter.

The ban, which is reportedly to be implemented over the next two weeks, is on advertisements for cryptocurrencies and related content, including initial coin offerings (ICOs), cryptocurrency exchanges, wallets and trading advice services.

The platform is taking a stance similar to Google and Facebook, which restricted ICO advertisements on concerns over investor vulnerability.

Facebook started in January with an announcement that the social media behemoth would prohibit ads that promote financial products and services that are “frequently associated with misleading or deceptive promotional activities.“

Google followed in early March with an announcement that starting in June the search engine would include cryptocurrency in its restricted list, effectively banning ads for cryptocurrencies and related content, including ICOs.

The news correlated with a drastic drop in the price of Bitcoin, which has been in a bearish trend after hitting massive highs in late 2017.

Twitter itself has hosted cryptocurrency scammers who often impersonate celebrities in order to target vulnerable investors.

The scam, which is prevalent on the platform, uses the fake accounts of celebrity figures to lure people into sending cryptocurrency to them with a promise of greater return.

Twitter CEO Jack Dorsey however, is pro blockchain, and has shown his support through significant investment in the Lightning network, one of the next key steps in Bitcoin development.

He is also CEO of Square Cash, which expanded its Bitcoin buying and selling functionality to all of its users in January of this year.

Concerns over financial stability, money laundering, and terrorist financing have put a global spotlight on cryptocurrencies, which are on the agenda of this weeks G20 meeting in Buenos Aires.

Bank of England governor Mark Carney last week called for recognition of the problems with cryptocurrencies, including potential risks to financial stability.

“There are a number of problems with cryptocurrencies. They are small now but they are getting bigger,” Carney said.

“We will talk about them at the G20 meeting and we are talking about them now in the Bank of England. The Financial Policy Committee is looking at the risks to financial stability.

“There are issues for authorities who deal with money laundering, terrorist financing and price fixing. There have been a number of incidents of theft – not just big crimes but also steady thefts from people’s wallets.

“The operational standards of these currencies are nowhere near where they need to be.”