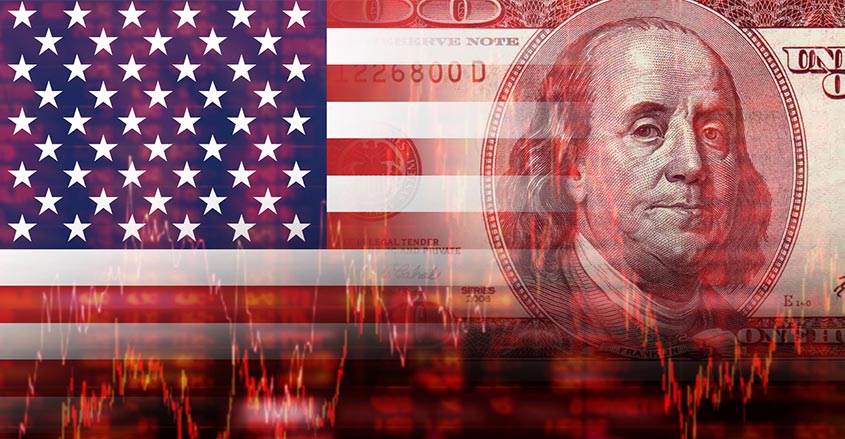 Investment bank and financial services company UBS is worried that the global economy could soon be heading toward a recession, an outcome sure to concern the current administration as the 2020 presidential campaign kicks off.

UBS says the ongoing trade war taking place between the United States and China is the main concern. Talks between the U.S. and China broke down in May, though President Trump says the talks will continue.

The United States has accused China of refusing to strengthen its laws regarding intellectual property theft, forced technology transfers and currency manipulation.

Trump responded by tweeting on May 5 that tariffs on $200 billion worth of Chinese goods would increase to 25%.

If the trade war were to continue, “we estimate global growth would be 75bp lower over the subsequent six quarters and that the contours would resemble a mild ‘global recession’ — similar in magnitude to the Eurozone crisis, the oil collapse in the mid-1980s and the ‘Tequila’ crisis of the 1990s,” he wrote.

A survey of investors recently conducted by Bank of America Merrill Lynch found that two-thirds expect no deal.

Treasury Secretary Steven Mnuchin subsequently announced that the U.S. and China were nearing a trade deal.

“We were about 90% of the way there [with a deal] and I think there’s a path to complete this,” Mnuchin is quoted as saying.

“The message we want to hear is that they want to come back to the table and continue because I think there is a good outcome for their economy and the U.S. economy to get balanced trade and to continue to build on this relationship,” he said.

Mnuchin did not provide details as to what the remaining 10% of the deal hinged on.

Trade Advisor Peter Navarro later said that although trade talks were on, a resolution was a long ways off.

“This will take time, and we want to get it right,” he told reporters.

2020 Election: Who do you think will win the 2020 Presidential Election? Trump? Biden? Let us know in the comments down below.