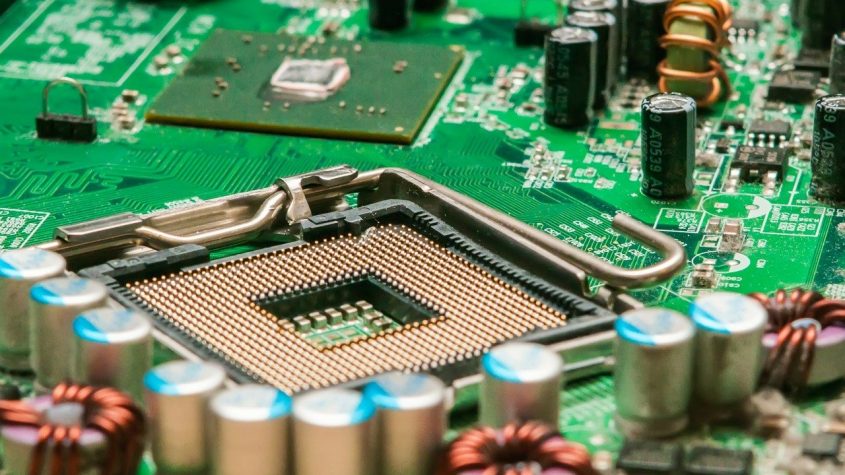 Intel (INTC) is one of the most well-known names in the semiconductor industry and it has been for years. The company has been at the forefront of the industry for decades and has been a big part of new developments in the information technology scene. Over the last few years the company has lost ground to some of its competitors and its status as a top chip company has come in to question.

In more recent history, the stock has been under pressure over the last few months and the price has dropped from the $65 area in June to below $50 in the last few weeks. The company’s earnings on July 23 were disappointing to investors and that caused the stock to gap lower the following day.

In addition to the earnings and revenue growth, the management efficiency measurements are well above average. The return on equity is 28.7% and the profit margin is at 34.5%.

Personally I think the selloff in Intel is overdone at this point. Looking at the weekly chart we see that the stock is almost as low as it was in March. The 10-week RSI is almost down to an overbought reading and the weekly stochastic indicators have reached oversold territory.

Use LEAPs to benefit from potential rally

Instead of looking to buy the stock, I have a different way of playing Intel right now. I think the best way to bet on an Intel rally is with long-term options that are deep in the money. I call it a synthetic long position. This strategy should not to be confused with the synthetic long stock trade that some option traders use — that strategy involves selling puts to pay for the buying of calls.

To me the appeal of this trade is the lower dollar outlay it requires compared to buying the stock itself. If we wanted to buy 100 shares of Intel at the current price we would be looking at an outlay of approximately $4,800. With the options we can control 100 shares for $1,170.

If I am wrong and the stock continues lower and drops all the way down to $40 before the end of the year, on the stock trade we would have a dollar loss of $800. Based on the option pricing tools, if the stock falls to $40 in the next five months the options would likely be trading in the $5.50 range. That would mean we lost $620.