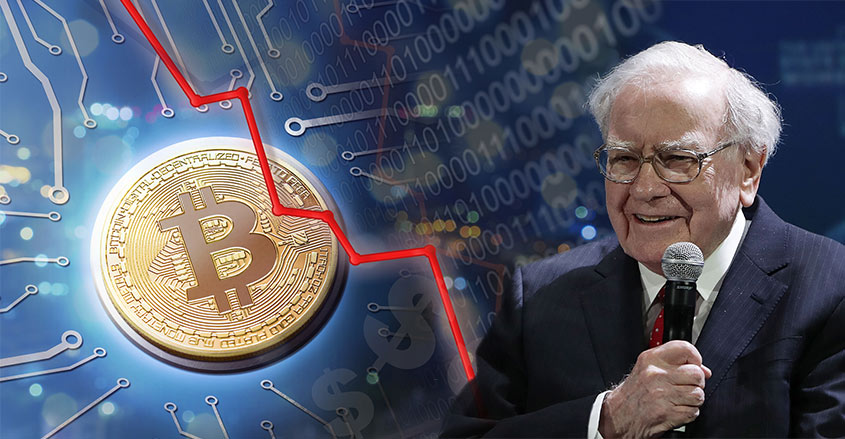 “In terms of cryptocurrencies, generally, I can say with almost certainty that they will come to a bad ending,” the Nebraska billionaire said on CNBC’s Squawk Box program.

Buffet went on to say that if he could bet on the price of cryptocurrency declining over the next five years, he would.

These remarks come three months after the last time Buffett called Bitcoin a bubble. “When it happens or how or anything else, I don’t know,” he conceded.

Berkshire Hathaway does not own any Bitcoin and would, “never have a position in” cryptocurrencies, Buffett said.

Buffett made his name when he acquired the textile manufacturing company Berkshire Hathaway in the 1960s. By this time the textile industry was in steep decline, and young Buffett began to look to other industries as a source of income.

He began buying stock in what he believed were undervalued companies. In many cases he outright acquired them.

He would then allow the subsidiaries of these companies a high degree of autonomy in the running of their day-to-day operations.

Berkshire Hathaway has achieved widespread recognition through the revenue it has generated, and its high stock price. One share of Class A stock was worth more than $318,100 in recent trading.

Also of note is the company’s extremely small size. At their headquarters in Omaha, Berkshire Hathaway employs about 25 people.

Warren Buffett is estimated to be worth around $87 billion.

Warren Buffett has not been the only person to express concerns over the recent surge of interest in cryptocurrency. Buffett’s right hand man Charlie Munger also has his doubts.

Asked whether Bitcoin was a bubble by CNBC, Munger replied, “Yeah sure, and venture capital, too.”

Jamie Dimon, the chief executive of JP Morgan Chase, has also been publicly wary of Bitcoin.

Dimon infamously called Bitcoin a “fraud” and said that he would fire a trader if he found out that they were dealing in cryptocurrency.

A short time after that, Dimon added that “if you’re stupid enough to buy it, you’ll pay the price for it one day.”

As recently as this week, however, Dimon told Fox Business that he regrets calling Bitcoin a “fraud,” but that he still does not see a future in the cryptocurrency business.