The “Buffett Yardstick“ is what veteran money manager Jesse Felder calls it. It plots the total value of the stock market against the overall size of the economy.

Warren Buffet has said “it is probably the best single measure of where valuations stand at any given moment.”

What makes the “Buffet Yardstick” so beneficial is that it is a useful indicator of what to expect from equities going forward.

So what is it exactly telling investors at this moment in time? The chart below comes to us courtesy of Felder himself. 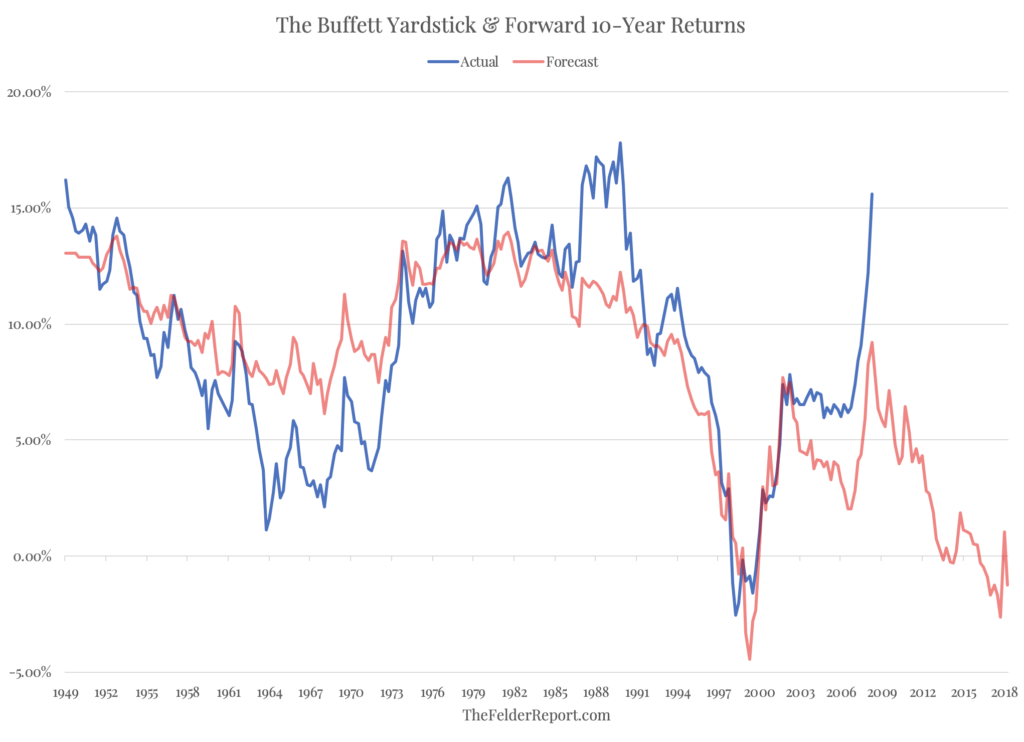 This chart above plots “The Buffett Yardstick” (inverted) against forward 10-year returns in the stock market.

“This chart may be the single best visual representation of one of my favorite Buffett quotes,” Felder says.

That quote: “The price you pay determines your rate of return.”

“Right now, according to this measure, investors are paying such a high price they are likely to receive essentially nothing in return over the coming decade, including dividends,” Felder says.

“At the same time that potential returns look so poor, the potential for risk may be greater than it has been in generations.”

‘Worst set up in history’

Then, when analyzing the rising margin debt to the size of the economy Felder says that investors haven’t been this greedy since 1929. 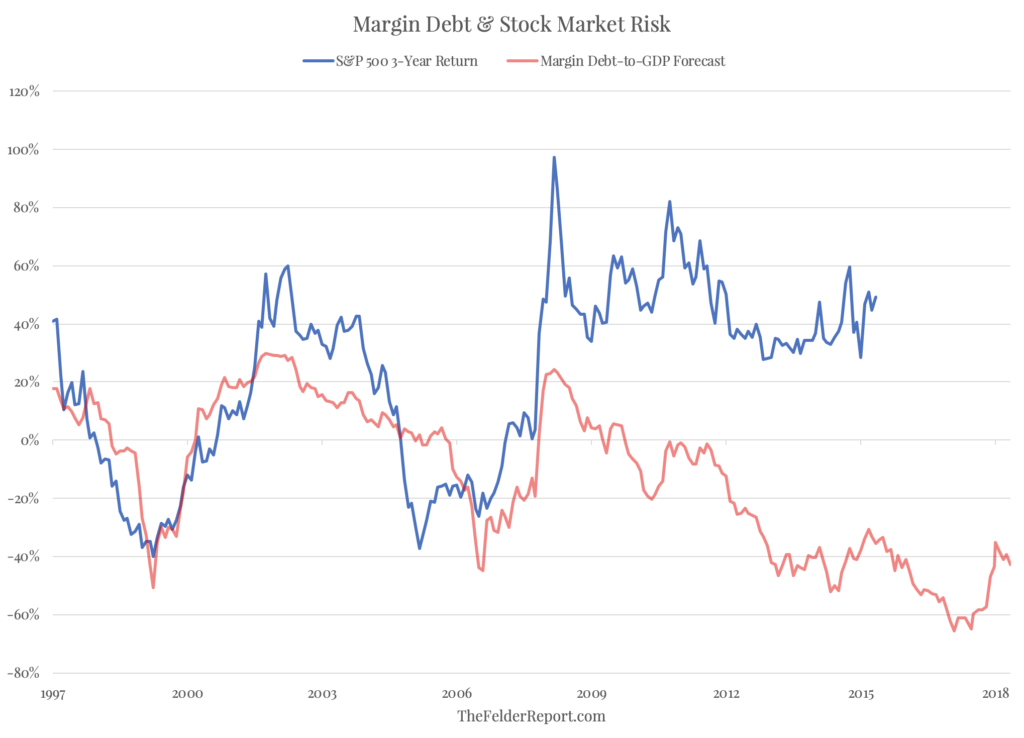 “Comparing this ‘index of the volume of speculation’ to the size of the economy (inverted in the chart above), just as we did with equity values, shows it hitting a new record high over the past couple of years,” Felder writes.

“All of this leveraged speculation must at some point be unwound, usually via forced selling during a bear market,” he continued.

“The last two times it came even close to the current level the stock market suffered 50% declines.”

“In all, long-term investors are risking roughly a 60% decline to try to capture a 0% rate of return over the coming decade in the stock market, one of the worst risk-to-reward setups in history.”

The Federal Reserve this past week declined to cut the interest rate, despite loud calls from President Trump to lower the cost of borrowing. Rates will stay at a target of 2.25% to 2.5% until at least July 30-31, when the Fed next meets.

The central bank has not cut interest rates in more than 10 years. However, the economy recently turned in very dismal job growth numbers and stock market volatility has picked up after a terrible May for equities.

“Despite the turbulent news cycle and the similarly uneven performance from the stock market over the past few months, the reality is that the economy is still in fighting shape,” Steve Rick, chief economist at CUNA Mutual Group, told NBC News.

“Overall, although we’re experiencing a little more pressure now than we were a year ago, the economy has been running red-hot for a long time. The risks of higher inflation and an overheating economy are still very much on the table.”

Rick sees a potential recession by 2020. That’s when the political pressure around the next presidential election cycle reaches its peak.