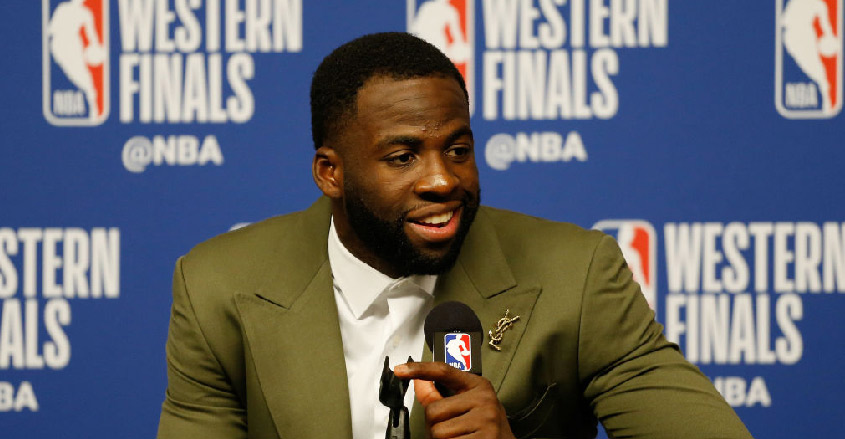 Draymond Green of the Golden State Warriors is an NBA star. He has been called the Warriors’ “floor general” for his passionate and vocal playing style.

However, Green has bigger ambitions than just winning a third NBA title this year: Green wants to become a billionaire by the age of 40.

Then, according to reports, he signed a five year deal for $85 million. That comes out to an average salary of $17 million a year.

All in all, with his $4 million endorsement deal, it is already not looking to shabby for Green.

Just earning the simple stock market return for next 12 years puts him halfway to billionaire status at 40.

To make a billion, he’d need 19% returns every year. Riskier, but not impossible. This also assumes he plays till age 40 at his current contract rate.

Green’s Cavs rival Lebron James is worth $400 million. Michael Jordan, the former Bulls superstar, is now worth $1.5 billion thanks to post-career investments.

What may be more important than the wealth that Green has already accumulated are the habits that he keeps. Most pro sports stars end up broke years later because they never learn how to manage sudden wealth.

First, Green is self aware to know that this kind of wealth doesn’t come easy.

But that is not to discourage him or really anyone for setting this extraordinarily high goal.

Research has proven that those who set extraordinarily high goals are, in fact, more likely to reach them.

The second trait that Green has been able to successfully cultivate is that he keeps the right company.

Green says that the most important financial trait that he has been able to develop “is surrounding myself with the team that I have.”

Having a financial team that you are able to express your worries and concerns with will reap you dividends. They keep you on track when times get rough.

Green’s third trait that points to a bright financial future is he continued ability to make smart investments.

The Golden State Warriors, for instance, play in Oakland, in the heart of Silicon Valley.

Conversations in the locker room often turn towards investing and can even get a little competitive, he says.

“We all talk about the investments that we have and how they’re doing and some of the start-ups we’re trying to get into,” Green says.

“It’s some good, fun competition, and I think it’s great to keep pushing guys in the right direction.”

Some of Green’s known investments include fellow LeBron James’s media platform, Uninterrupted, as well as the fitness company, Blink Fitness.

Green’s final financial tip is to keep your spending in check.

“Every day, every decision I make is, ‘How is this helping me become a billionaire?'” Green says.