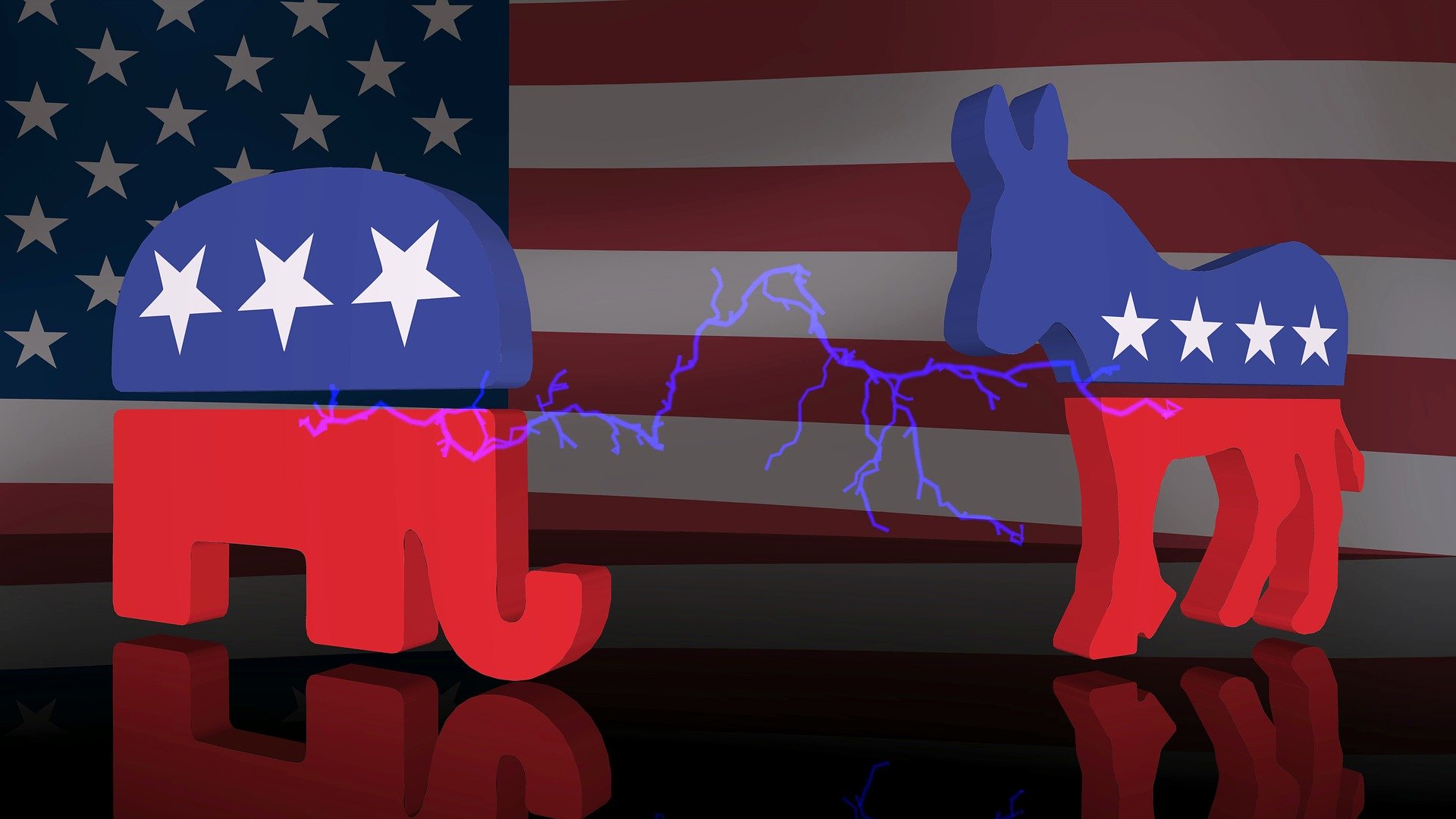 Well that went as expected.

Yesterday we titled our Morning Report: Testy Tuesday – Shorting the S&P 500 at 3,350 and we made a lovely $1,250 per contract on our shorts and got another chance to get in at 3,350 in last night’s futures. And we have another dip as the markets started selling off for exactly the reason I predicted yesterday: President Ponzi will debate Sleepy Joe Biden this evening and that’s going to be depressing. Much as we need to get rid of Trump, Biden is simply not an exciting alternative.

It’s like when you hire an incompetent plumber and your house is filled with backed-up sewage — you don’t tend to say “Let’s give this guy 4 more years.” Sometimes any alternative is worth a try and that’s what the Democrats have given us this year — “Biden 2020, he’s not Donald Trump.”

“Markets seem to be getting more concerned, with VIX futures peaking around the election,” said Edward Park, deputy chief investment officer at Brooks Macdonald. “But whoever takes over, and however long it takes to take over, the person will be facing a battle against coronavirus.”

Delays to fiscal stimulus on both sides of the Atlantic are also a worry for investors, who fear economies will need fresh support in the absence of a clear timeline for a coronavirus vaccine.

While U.S. lawmakers are trying to find common ground on a deal ahead of the election, a German government spokesperson late Tuesday warned of possible delays to the approval process for the EU recovery fund.

“For financial markets, there’s a growing understanding that it was a V-shaped rebound, but that doesn’t mean it will be a V-shaped economic recovery,” said Carsten Brzeski, an economist with ING Bank in Frankfurt. “Any delays in fiscal stimulus will add to that realization.”

Shares in Disney (DIS) fell 2.7% ahead of the opening bell after the company said it would lay off about 28,000 employees at its domestic theme parks, shortly after the state of California signaled that Disneyland Resort would likely have to remain closed for the foreseeable future due to Covid-19 concerns.

Meanwhile, another 1,000 Americans died of coronavirus while Trump was telling Biden what a great job he was doing, and 40,000 Americans were infected yesterday — 2,500 new infections during the 90-minute debate.

Consumers were a little more confident about the economy in yesterday’s survey but not as confident as Wall Street Journal headline writers were when they said: “Conference Board index surges to 101.8 in September amid improving labor market and receding coronavirus trends.”

Yes, this is the chart that went with the word “surges.” The share of respondents in the Conference Board’s index reporting jobs as “plentiful” climbed to 22.9% in September, from 21.4% in August — and compared with just 16.5% in May.

So 22.9% of the people in this country are idiots who believe anything they see on Fox despite all actual evidence to the contrary? I’m not sure if that makes me more confident…

The unemployment rate is 8.4% — that’s considered a crisis in normal times. The preliminary September reading of the University of Michigan’s index of consumer sentiment, released Sept. 18, registered a less dramatic increase, climbing to 78.9 for the first half of the month.

It was also the highest level since March, though it rose only 4.8 points over August. The University of Michigan will publish its final reading for the month on Friday.

While the labor market continues to recover, real-time data suggest momentum has slowed. The share of small-business employees working who had logged hours in January fell slightly in September, according to Homebase. This reflects in part a sluggish spending on services, which has recovered much less than spending on goods.

“Yes, jobs are returning and the federal income support has been a big income booster and equities have more than recovered their losses, but worries about the virus continue to linger and will continue to constrain how we go about our daily lives for many more months,” said James Knightley, chief international economist at ING.

Unfortunately, we don’t have months. Voters are going to have to choose between reality and fantasy in just over 30 days and God help us all if they choose wrong.

Is this the real life?
Is this just fantasy?
Caught in a landslide,
No escape from reality.

Too late, my time has come,
Sends shivers down my spine,
Body’s aching all the time.
Goodbye, everybody, I’ve got to go,
Gotta leave you all behind and face the truth. – Queen