Yield-starved investors once flocked to dividend-paying stocks. Now the tide appears to be turning.

That could signal a recession, and soon.

Given the relatively low coupon rates for high-grade bonds, retirement investment portfolios have been heavily weighted toward riskier equities.

Many S&P 500 companies were paying generous dividends to their shareholders, making the shares of large-cap companies a sensible and relatively safe investment for retirement.

The dividend yields on many of these stocks were much higher than bonds and, due to a continually rising market, were suitable for retirement accounts because of their stability.

During the bull market, meanwhile, even though they were considered “riskless investments,” yields on 10-year Treasuries were fairly low.

The rates on longer-term Treasuries were always higher that the short-term obligations. This gap between the rates on the 2-year notes and the benchmark 10-year bond is known as the yield curve.

Other fixed-income investments mirrored the direction of the curve.

For the most part, for the past 10 years stocks and bonds have tended to rise in tandem.

The new environment of market volatility and rising rates, however, most likely will change the favorable equity to bond relationship.

Long-term bond yields have hit the 3% threshold— a bellwether indication for the direction of interest rates. 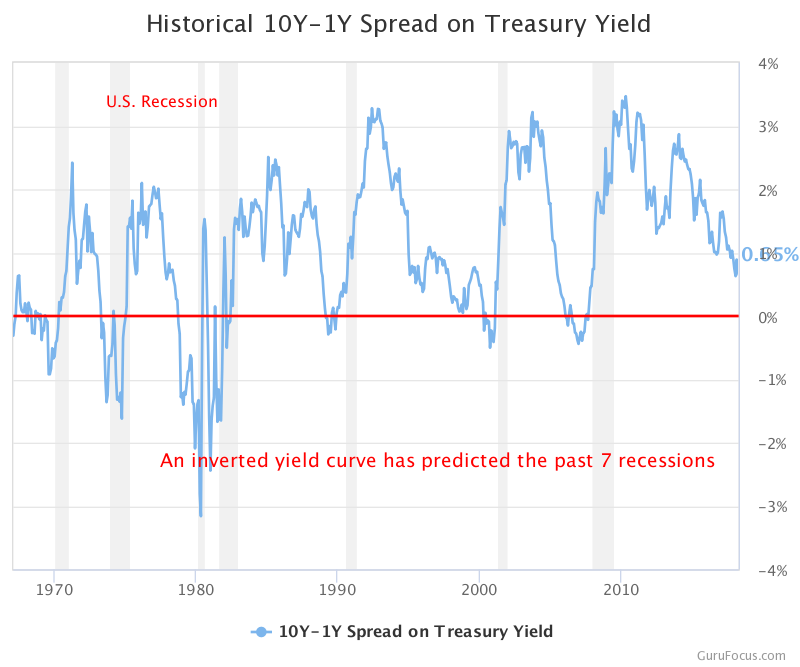 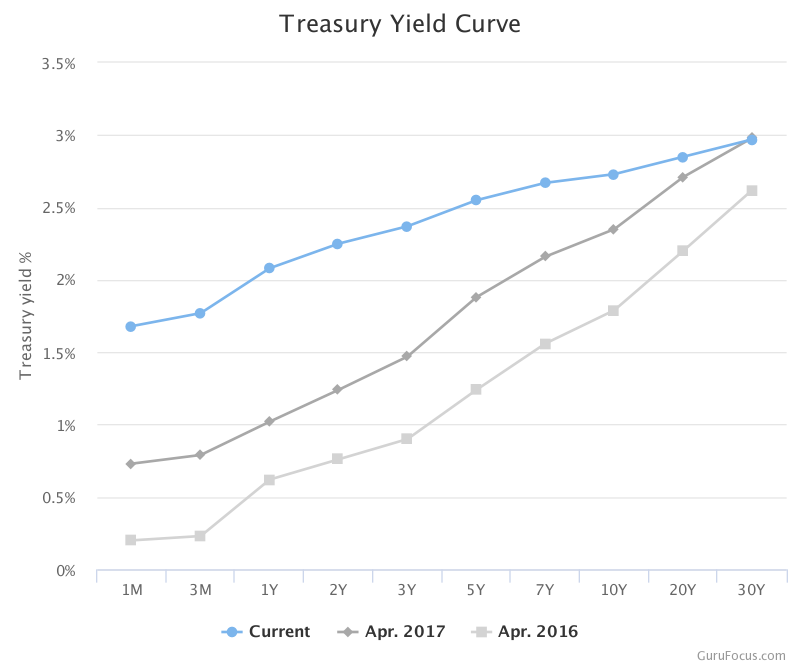 The Federal Reserve has announced that it will be increasing interest rates at least three times this year in response to expectations for inflation.

The gap between the 10-year and 2-year Treasury notes thus has started to narrow for the first time in many years.

When the gap continues to narrow and the short-term rate exceeds or approaches the yield on the longer-term bond, the yield curve starts to flatten and could invert, which would mean short-term interest rates are higher than long term rates.

Even though the market has provided generous returns for the past decade, many investors own bonds with long maturity dates as part of their portfolio due to their relatively lower risk vs. equities and the assurance of monthly income during retirement.

Should the yield curve continue to flatten, it might be advantageous for retirees to use some of their cash or proceeds from maturing bonds to purchase short-term instruments to take advantage of the more generous yields available.

This may be prudent as well if large corporations, due to an economic slowdown or increased borrowing costs, cut the high dividend payout ratio that has been providing investors with steady total returns over the past 10 years.

The shorter maturity doesn’t tie up your money as long and, should rates continue to rise, you could use the proceeds to reinvest in another short-term bond for an even higher yield.

This process could continue for as long as the inverted yield curve remains. The benefit to retirees is that it would an additional income stream should the dividend yield on their common stocks decline.

The danger, of course, is a recession that causes investors to exit stocks en masse.