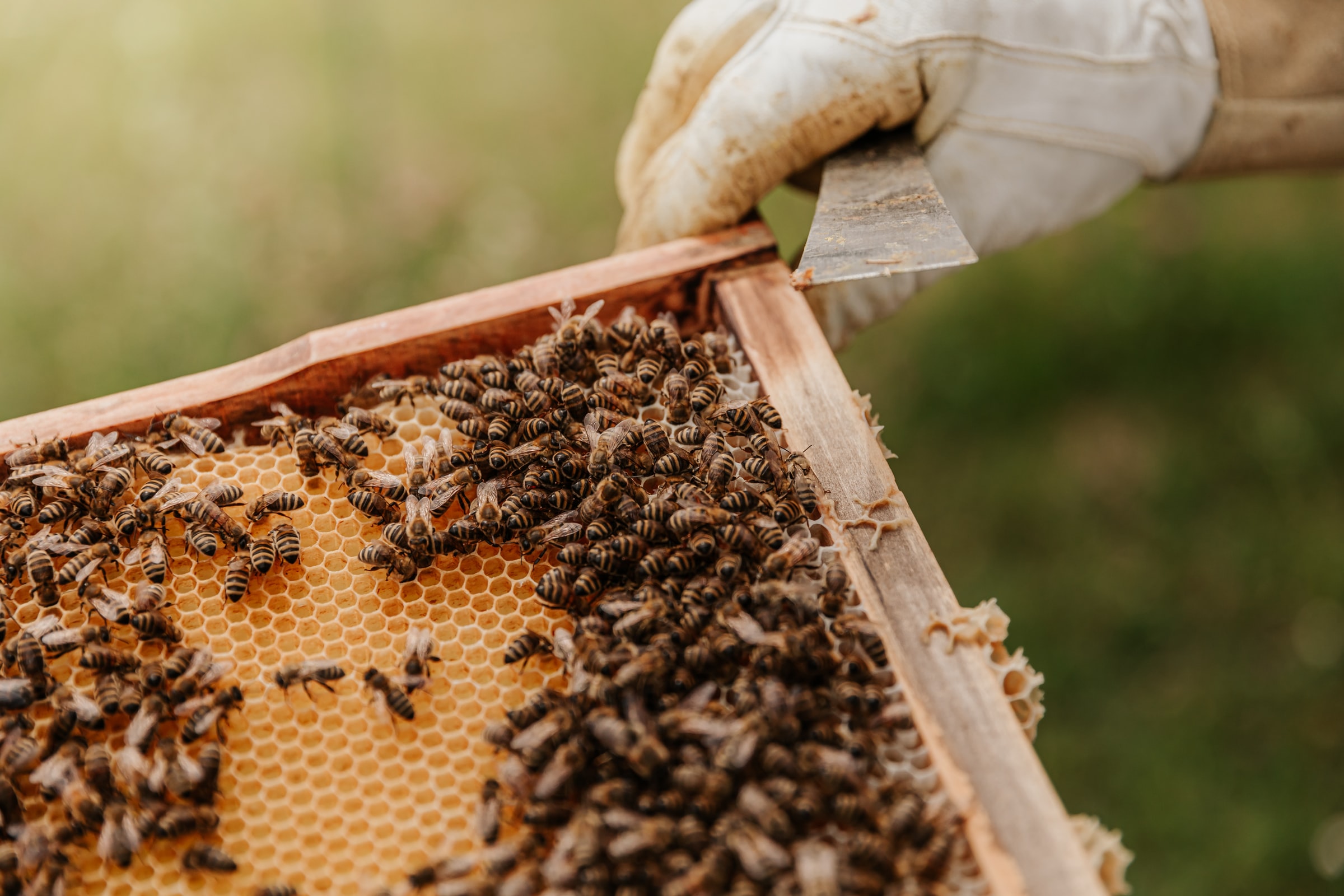 From apples, oranges and pumpkins to carrots, nuts and coffee, nearly a third of the United States’ food supply depends on the honeybee to grow.

Bee die-off isn’t some trendy, eco-friendly cause taken up by a few bloggers and advocacy groups. It’s a real problem, and it’s one for which we are at fault.

So what’s happening to bees?

Since the mid-1990s, pesticides called neonicotinoids have been widely used on farms and in landscaping.

There are six neonicotinoids currently in use in the United States, but the one most commonly used is imidacloprid, and it’s highly toxic to bees.

Imidacloprid and other neonicotinoids are considered systemic chemicals, meaning the plant absorbs the pesticide, and toxins course through the plant’s vascular system. This makes the leaves, stem, roots and even flowers poisonous to insects.

While it’s an efficient way to stave off attacks from harmful insects, neonicotinoid use poses a deadly threat to bees and other pollinators.

That’s because even the nectar and pollen of a plant treated with such toxins become poisonous.

According to the National Pesticide Information Center, imidacloprid disrupts normal neurological function, causing an insect’s nervous system to stop working the way it should.

It is especially harmful to invertebrates, including bees, because it binds to neural receptors quite easily. Insects experience neurological failure and eventually die.

What do bees eat?

Worker bees create honey from the nectar they collect. In the hive, larvae consume honey and grow into bees; they will then carry on the lifecycle of the hive.

When bees travel from one plant to another, they transfer the pollen that sticks to their bodies and legs to other plants, thereby helping to pollinate, or fertilize, them.

Unfortunately, this in turn can help spread pesticides between plants.

What is bee colony collapse?

In 2006, beekeepers began noticing that their bees were disappearing. Bees that seemed to be healthy simply didn’t return to the hive one day, abandoning their home, larvae and queen.

Another of the neonicotinoids used in modern farming and landscaping is sulfoxaflor, which the US Environmental Protection Agency (EPA) has deemed safe to use on most crops, including those that rely on pollinators for fertilization.

However, the National Honey Bee Advisory Board and the attorneys at Earthjustice have fought back.

“The effects will be devastating to our nation’s food supply and also to the beekeeping industry, which is struggling because of pesticides,” Attorney Janette Brimmer of Earthjustice said in a formal statement.

The fight is a continuing one, though, and one with dire consequences if lost.

What will happen to our food supply?

Over 15 billion dollars worth of crops would be affected if bees were to vanish. Some of our favorite fruits, vegetables and field crops would simply not exist, severely limiting diversity in food and negatively affecting our health.

The following are just some of the foods that would vanish with the bees:

What can we do to help the bees?

It doesn’t take joining a bee advocacy group or running a nonprofit organization to help the bees. We can help bees right from our own backyard.

According to the UC Davis Häagen-Dazs Honey Bee Haven, there are a few easy things we can do at home to help the healthy continuation of local bees.

Include a variety of plants in your garden to support a year-round bloom season. Mint, roses and sunflowers are great options.

Give bees colorful options in a variety of sizes. Surprisingly, bees display different preferences for bloom colors and sizes. Plant several varieties of the same species together so that bees have multiple blooms of the same type from which to choose.

Like every living thing on earth, bees also need water to survive.

A shallow birdbath gives these precious pollinators a place to hydrate. If possible, provide bees with some good shelter. This could include simple solutions like paver stones set in sand or patches of bare soil.

If you’re so inclined, there are a number of bee houses that can be purchased online. These tiny dwellings give bees the opportunity to take refuge from rain, heat or predators.

However you choose to help the bees, it makes a difference. If we are to stop bees — and a huge chunk of our food supply — from vanishing, we have to work together.