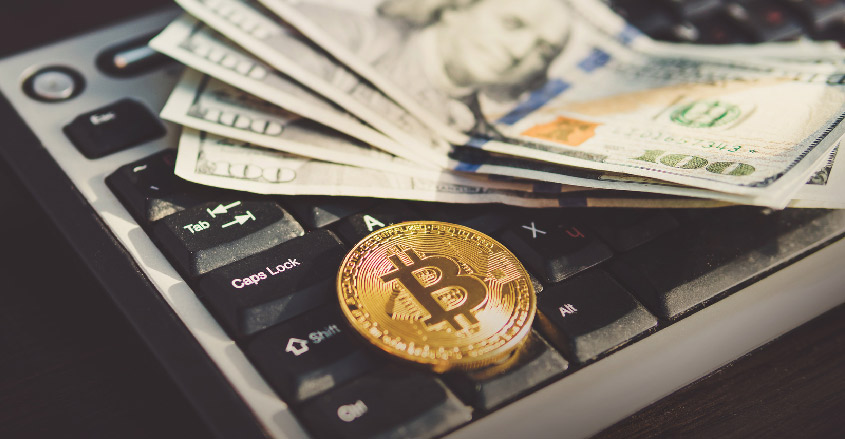 Since October 3, 2018 the stock market has been more volatile than the cryptocurrency market.

From high to low, the big stock market selloff in October resulted in an 11.4% decline for the S&P 500.

During the same time Bitcoin remained relatively flat near its midpoint of $6,500, moving less than 5% ($300).

The October decline for the S&P 500 was then followed by a big bounce back up to a Fibonacci 61.8% retracement of the decline in only seven trading days, regaining 7.8% off the October 29th low.

During the same time BTC still couldn’t manage much of a rally, about $300 back to its $6,500 mid-range price again.

So which market is now more volatile? Stocks, and that volatility has the potential to get more severe.

The relatively stable price of BTC, while boring, is a sign of strength and it’s one of the things that will help satisfy the concerns of the regulators, such as the SEC, about too much volatility in the crypto market and its resultant risks for investors.

For instance, lower volatility makes it easier to finalize approvals for crypto exchange-traded funds (ETFs) I’ve discussed numerous times in the past.

There are still no firm dates for ETF approvals, but the SEC has finished accepting public comments and is now in the decision phase.

Final approvals, which are expected, might happen before the end of the year or it could be sometime in the first quarter of 2019, the SEC’s deadline for a decision.

Crypto ETFs will of course make it much simpler for retail traders (you and me) and for professional investors to start investing in Bitcoin and other altcoins.

If the stock market suffers a serious decline, there’s a good chance many will be looking for alternative investments as a way to hedge against risk — a space long occupied by gold.

As the crypto market grows we’ll see even lower volatility as a result. BTC has the largest market cap, but even its value is relatively small at $112 billion.

A large order, such as $10 billion, would clearly move the market in a big way. As the crypto market increases in value that same $10 billion order will have less and less of an impact on order flow and price.

Volatility will necessarily decline as the market grows larger since a large order size will become a smaller percentage of the market size.

This means volatility in time will settle down, which in turn will entice more investments and it will become a self-reinforcing virtuous cycle.

During previous financial crises, investors have typically looked to gold to hedge their risk, especially against troubled fiat currencies.

But now there’s an alternative to the shiny metal — Bitcoin and other alt coins. In many respects, crypto will be a better store of value.

Holding gold coins, especially some of the smaller ones (such as tenth-of-an-ounce coins, currently worth about $120), gives the holder the ability to use gold as currency.

But it depends on having gold readily available and the other party has to trust that it’s real gold. Bitcoin, meanwhile, is built on a “trustless” system where no one person or entity controls it.

If you store gold, or worse, own shares in a gold ETF, an emergency might create a situation where your claim for the gold will not be met.

But with Bitcoin you control access to the coins, assuming you have them safely stored in a wallet where you control the private key.

Since you control the private keys to cryptocurrencies, no person or government can prevent you from accessing or transferring your money.

From a usability perspective, BTC is much easier to transact and it’s safer. For these and several other reasons, BTC becomes a better store of value than gold for those who are looking to hedge against financial risk.

I and many others have referred to Bitcoin as digital gold. Granted, in the event of major power failures you’ll want some gold, especially gold coins, and that’s the reason I recommend keeping both real and digital gold.

But assuming everything is normal, except for runaway inflation and currency devaluations, I think crypto will be a better asset to own. Hence “digital” gold.

The expected increase in value of Bitcoin and many of the altcoins, potentially much greater than any other investment idea for the next 10 years, is a good reason to own crypto.

But as with any investment, you don’t want to have all your eggs in one basket.

If you’re heavily invested in the stock market, my charts indicate that the risk there is greater than it’s been since 2008. Be sure to diversify your holdings — own some gold, stocks, bonds, real estate, and of course some crypto.

Owning Bitcoin and other digital coins is a long-term investment diversification strategy.

It’s why I recommend being a hodler — to accumulate these digital assets with a regular monthly investment program and hold for the longer term. Recent price action in traditional and crypto markets confirm the wisdom of this strategy.