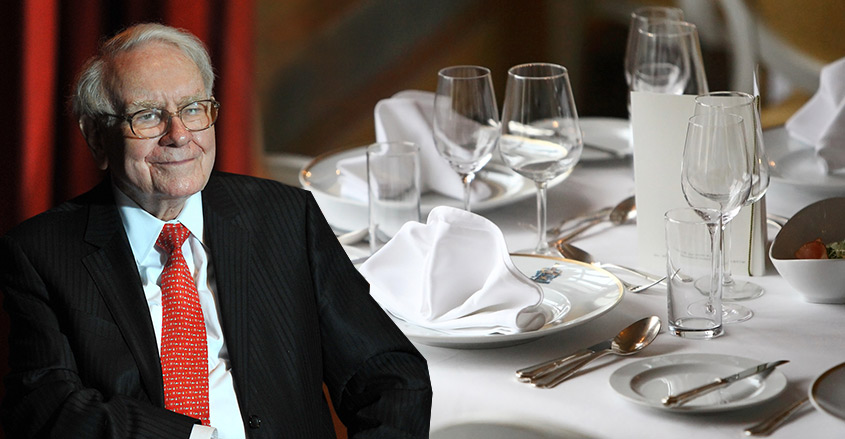 Warren Buffett, the iconic investor with a personal net worth of $84 billion, is a charitably social individual.

For the last two decades, Buffett has entertained business lunches with strangers for the sake of worthy charities.

The charity lunch was coordinated by Buffett, eBay, and the Glide Foundation, a San Francisco-headquartered charity that tackles poverty and homelessness.

All of winning bid will be donated to the Glide Foundation to further its services.

The Power Lunch auction entertained bids on eBay from May 26 to May 31, 2019. The sit-down will take place at the famed Smith & Wollensky steakhouse in New York City.

Buffett and the Glide Foundation have been participating in the Power Lunch for more than 20 years. Since that time, Buffett and Glide have raised more than $30 million for charity.

Displayed prominently on its Ebay site, Glide’s mission “is to break the cycles of multi-generational dependency, poverty, and low self-worth by providing a spiritual home of unconditional love.”

The Glide Foundation is allied with the Memorial United Methodist Church.

The duo found the experience to be priceless. “I think we would have been willing to pay a lot more than that … Well worth it,” said Pabrai.

Spier and Pabrai said that Buffett imparted three pieces of advice to them. Notably, conduct business with integrity, be comfortable saying no when you must, and always do what you love.